In Search of Forest Canyon Waterfalls

I had some friends visit a few weeks back and we went for a short hike out on the Ute trail to overlook Forest Canyon. As usual we brought some beers, and this time OJ, so we could make some manmosas. As we were sitting and enjoying the view I noticed a fairly large waterfall down in the canyon. The few waterfalls that I have been to in the park aren't very big so I was surprised that I was able to see it from so far away. Then I got to wondering how tough it would be to hike to it. So I looked on the map and asked a few people about it (got mixed reviews). Forest Canyon is a WILD place with lots of down trees and no trails making it very difficult to navigate your way through the area. One of my coworkers, Sam, had mentioned to me that he had been back there before and told me the best way to access the canyon. So I figured I would give it a try and see what happened. 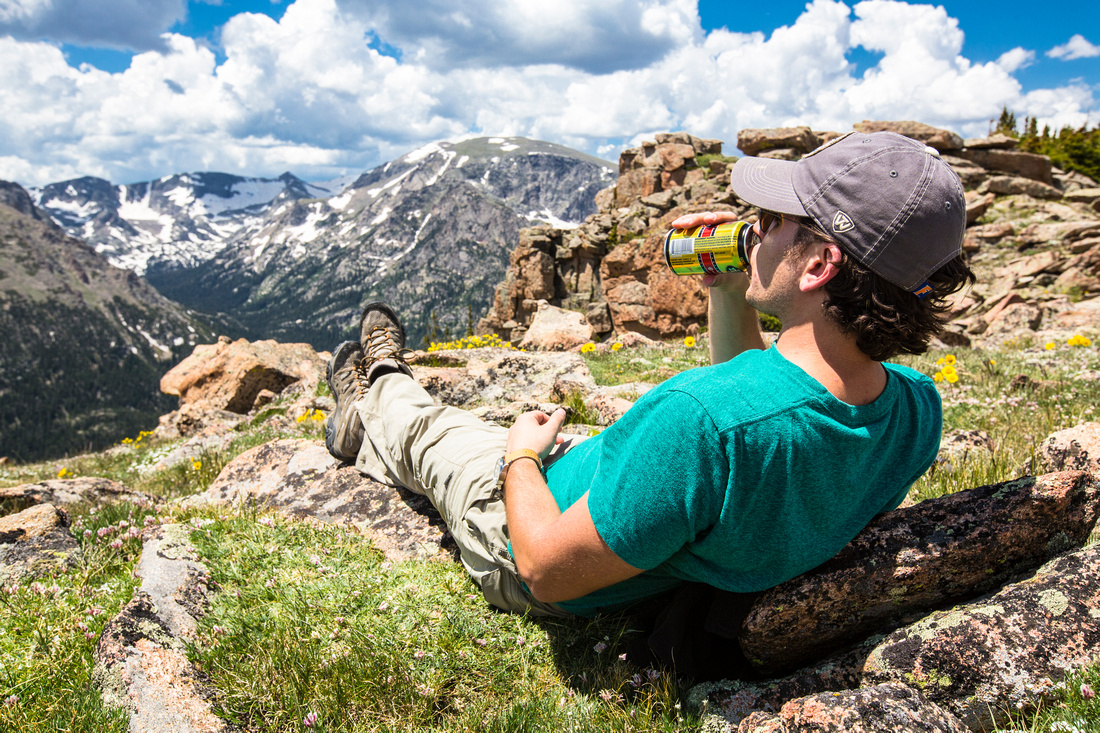 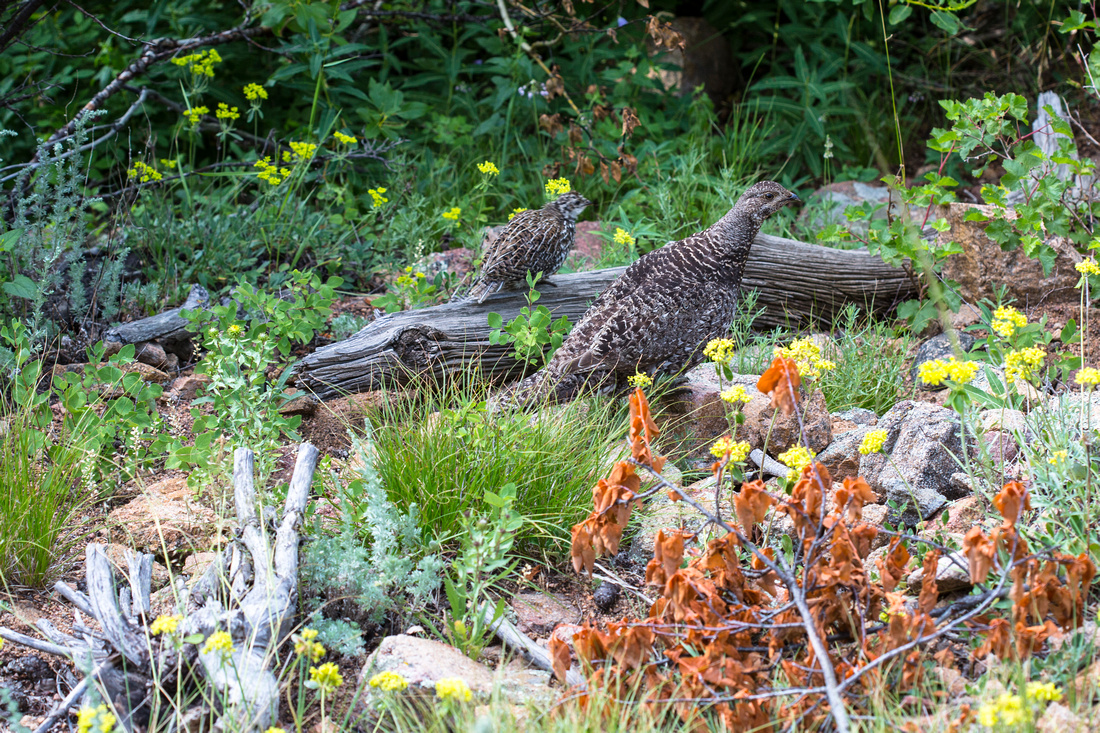 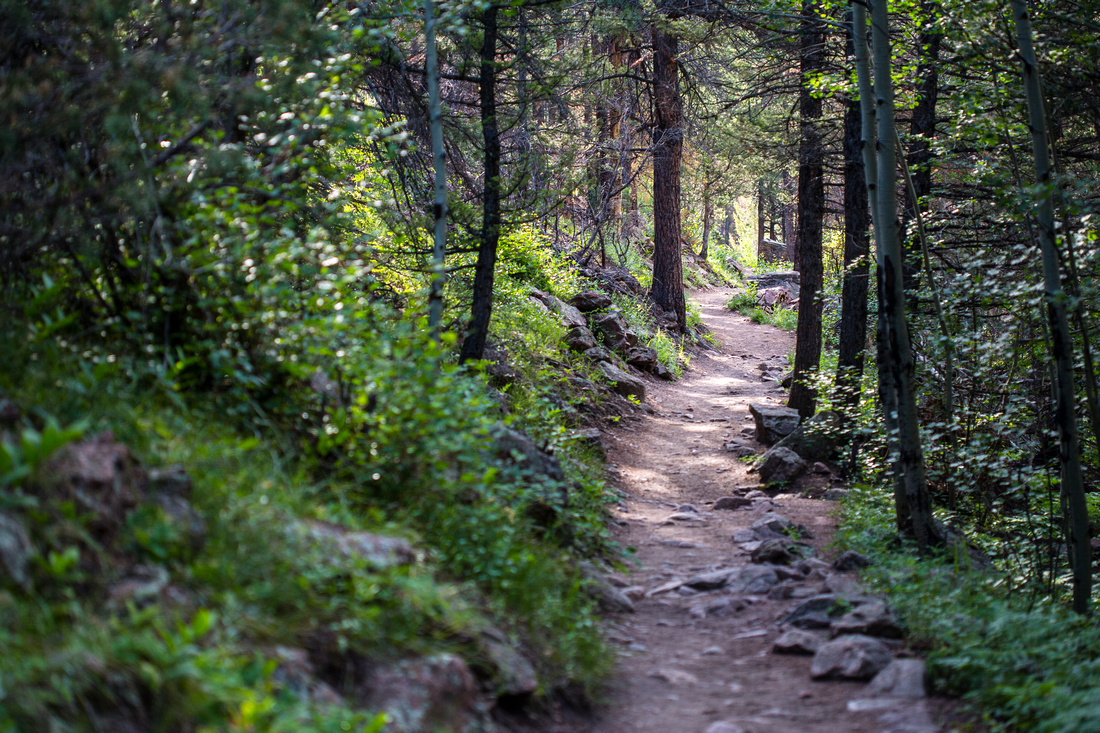 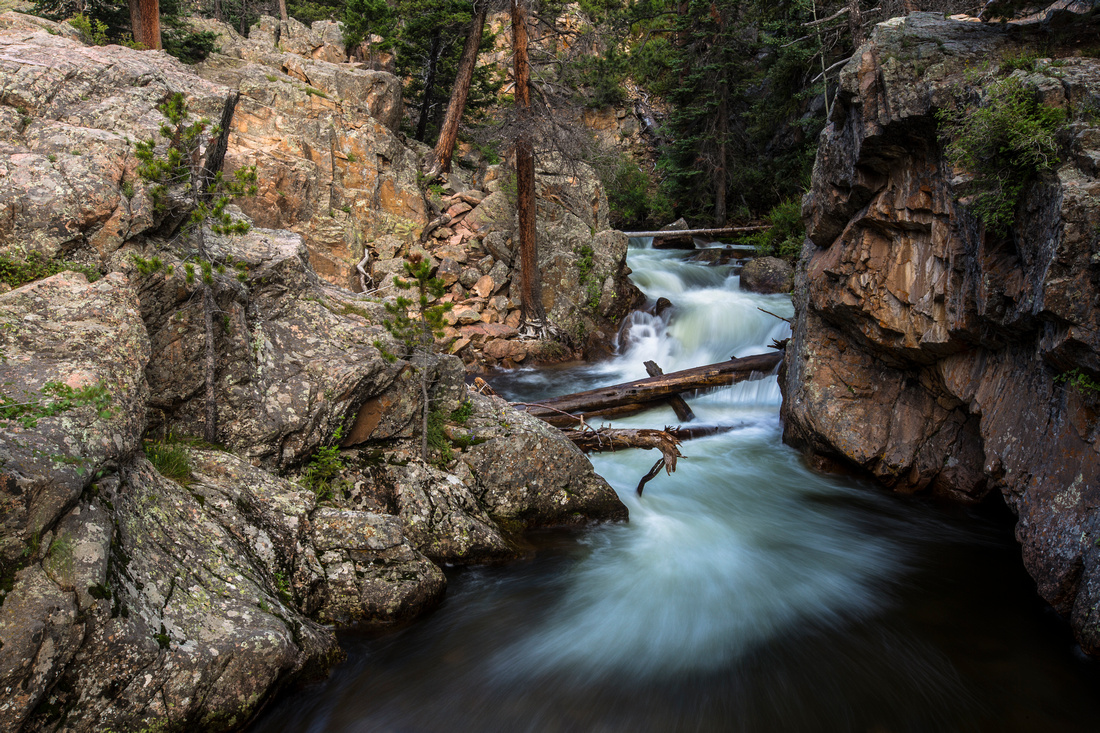 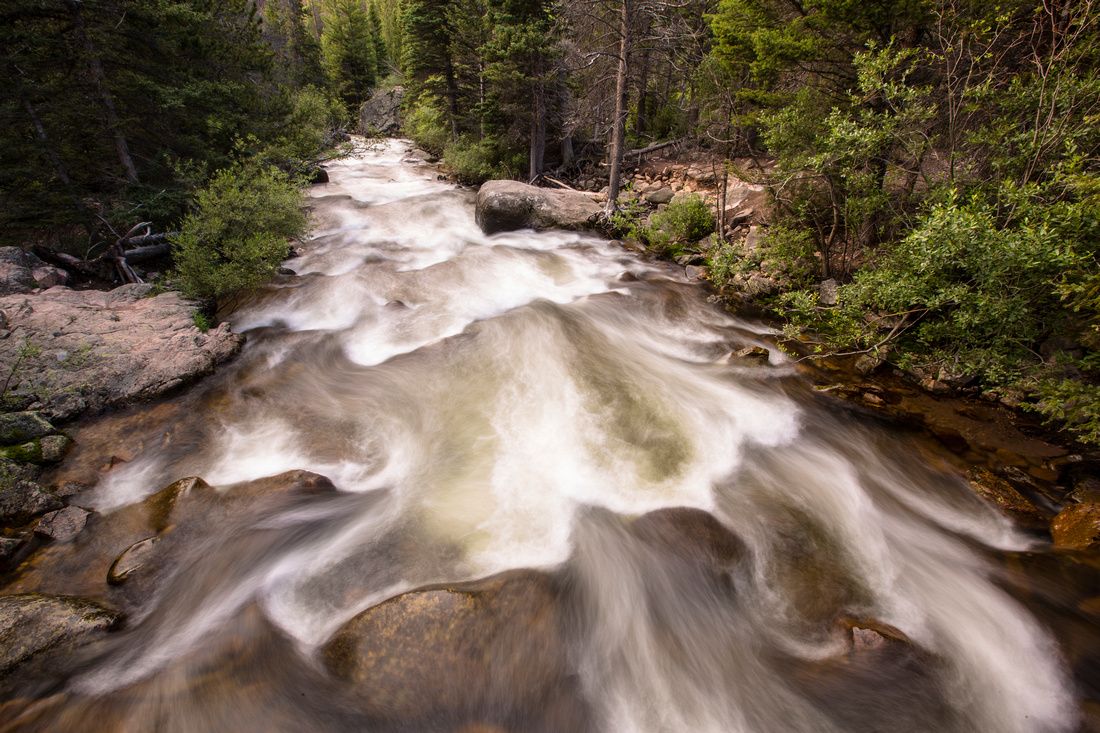 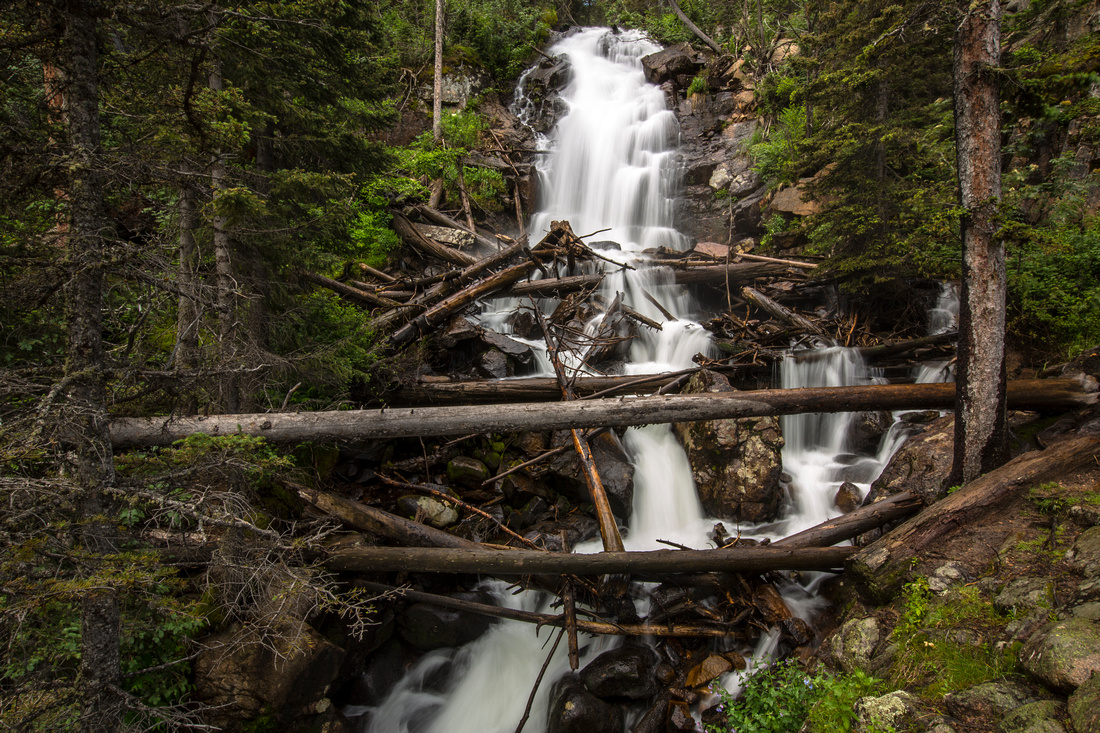 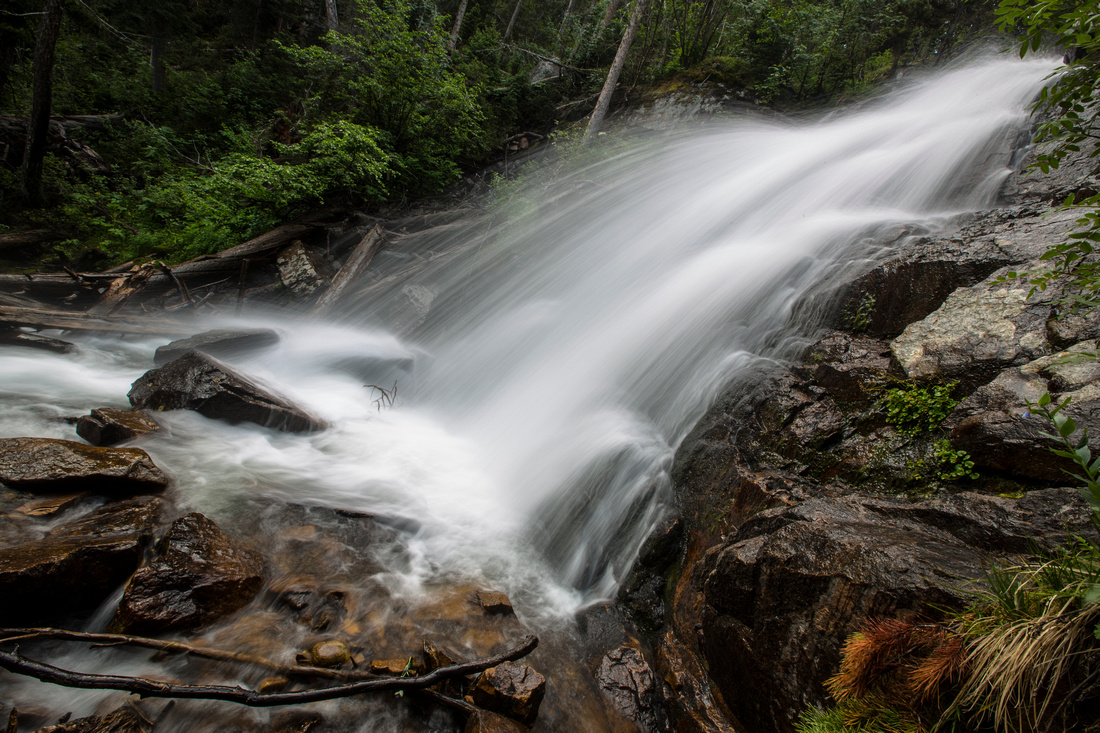 The Base of Fern Falls

It wasn't until we started hiking from Fern Falls into Forest Canyon where we started to experience difficulties. Our first obstacle was a fairly easy stream crossing that we were able to get across via log. Then we found ourself in a very marshy area. We wanted to get out so we made our way to a ridgeline and headed for the top where we were greeted with our first great view of the day.

From the ridgeline we headed down into the canyon making our way through burned trees and flood areas. For the most part the hiking was relatively easy to navigate, but every so often we would come across an obstacle that would force us to make a decision how to get around it. This seemed to be the pattern for a few hours. Hike through burned trees, hike through marshy areas, and then get to an obstacle where we would have to figure out how to get around it. It was starting to get later in the day and we still had yet to reach our waterfall destination. We made the decision to hike into the canyon for another hour and if we did not reach the waterfall we would just turn around. Then with roughly 15 minutes before our turnaround time, I picked up my head to see the waterfall we were looking for about 400 yards away. We found it and now it was time to get up close and personal. 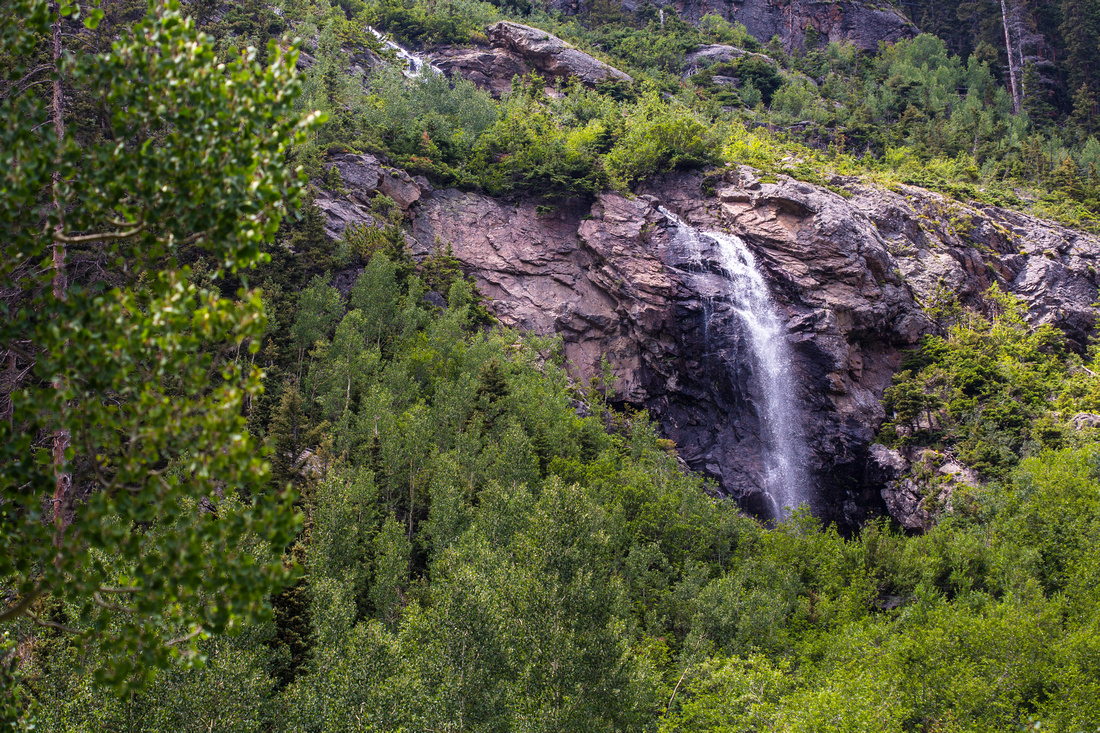 Our First view of out destination

After about another 20 minutes of navigating through marshy areas, under rocks, and eventually bushwhacking through about 40 yards of trees up hill at a 45° angle, we got to the waterfall.

Base of Lost Creek Falls 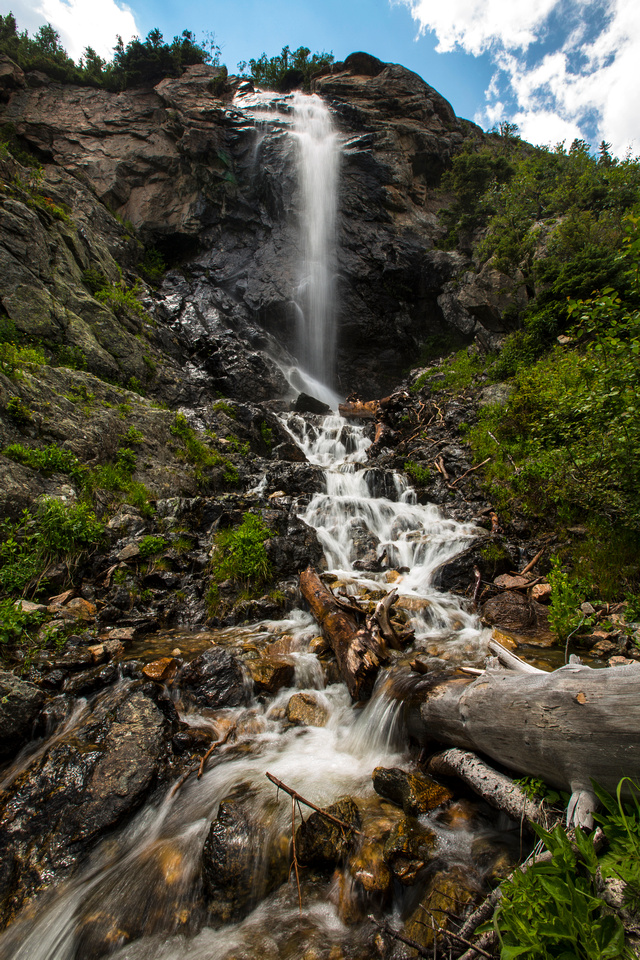 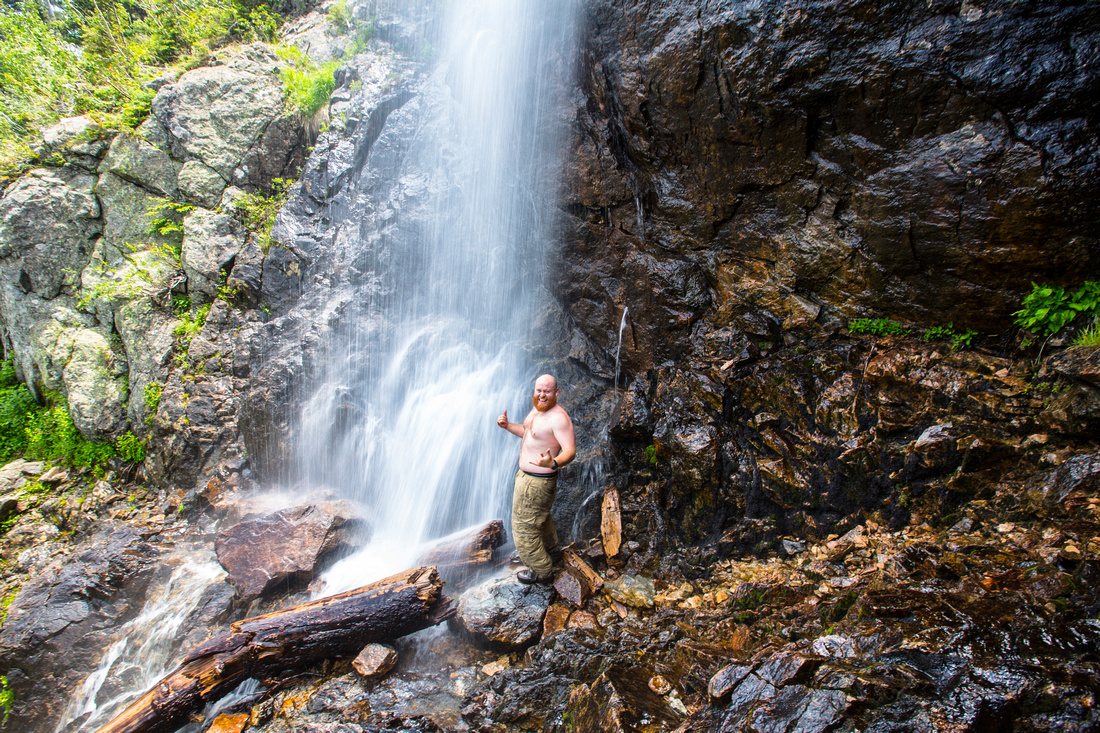 After hanging out at the waterfall for roughly 45 minutes we really needed to start heading back to make it out on time. We decided to gamble by taking a shorter more direct way back without knowing what the terrain was like. For the first part of the hike it proved to be successful, but then we got to an area that was roughly one quarter of a mile long with no way around other than just navigating our way through the fallen trees like a jungle gym. It was fun and challenging at the same time but also very scary because if either of us were to fall, we were in an area that would be very very difficult for a rescue. 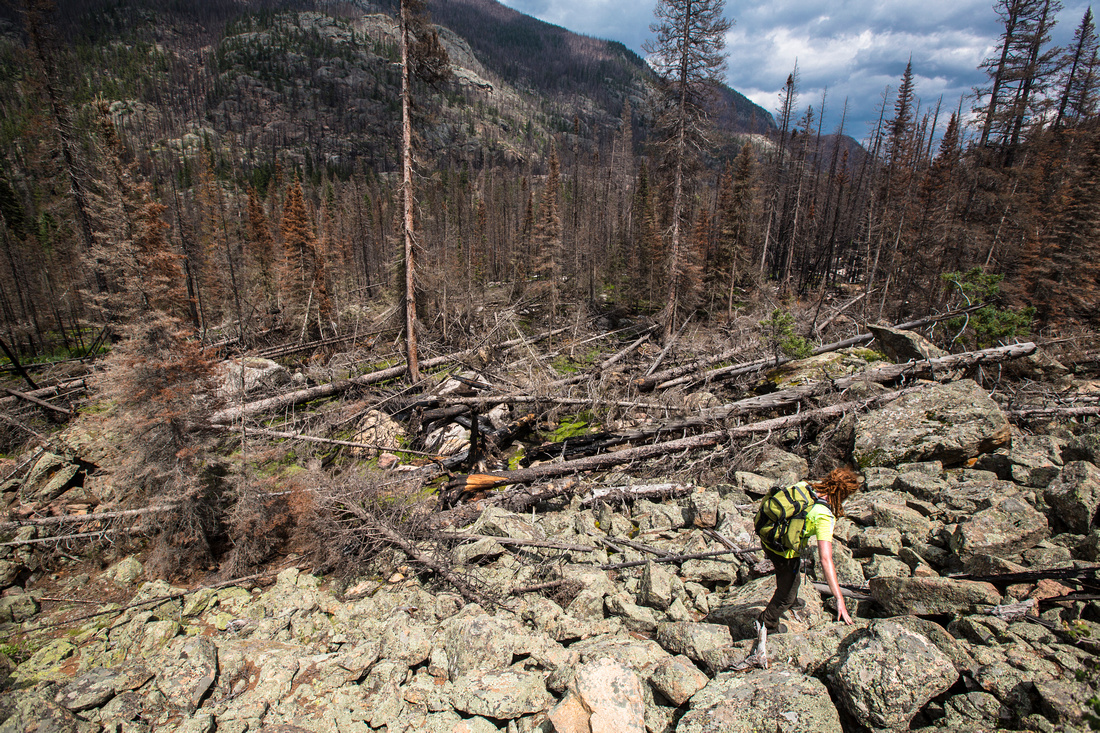 Eventually we made it back to the trail and then it was just another mile and a half until we reached the trailhead at around 5 PM. It was a long and grueling day but totally worth it. It was one of the best wilderness experiences I've had in a long time. I'm glad we went but I'm not sure if I'm going to head back anytime soon. If you're curious to check it out, shoot me a message and I can give you the route (roughly) that we took. Remember that there's no trails so it would be really hard to follow our exact footsteps without a GPS.

Video of the Falls

I am hoping to get out both days this weekend for some other long hikes. I'll be sure to fill you guys in if I find anything cool!