If you have been following my blog since I arrived in the area you know that I have been wanting to climb Long's Peak before my 30th birthday. I have been working my way up higher and higher each week in an attempt to try and get used to the altitude. So far the highest mountain I have climbed is Sundance (12,466 ft) and I was looking to break 13K. When I first arrived back in late May I was scouting hikes and mountains from along the road and I saw a ridge hike that I immediately put on my list.

My first view of Ypsilon, Chiquita, and Chapin Mountains (Left to Right) from May

I later came to find out that the mountains were Chapin (12,454 ft), Chiquita (13,069 ft), and Ypsilon (13,520 ft).  It is a popular hike that starts along the Old Fall River Road. The problem is that last year that road was washed out from the flood and is closed this year. So I kinda put that out of my mind until I started looking at the map a little closer and realized that with the road being out, it would only add about 3 miles and 800ft of climbing if I hiked from the Alpine Visitor Center. So after thinking about it for a couple days I decided to give it a shot. The goal was to at least summit Chiquita so that I could get break my PR of 12.5 and get over 13K to see how the altitude would affect me. The other issue is that the weather was calling for lightning in the afternoon so we would have limited time. The previous day there was a lightning strike on the Ute trail at 11.5K ft injuring 7 and killing 1 so we were not going to push our luck. We decided to start our hike at 5:30 am right at daybreak from the Alpine Visitor Center and headed down the Old Fall River Road. 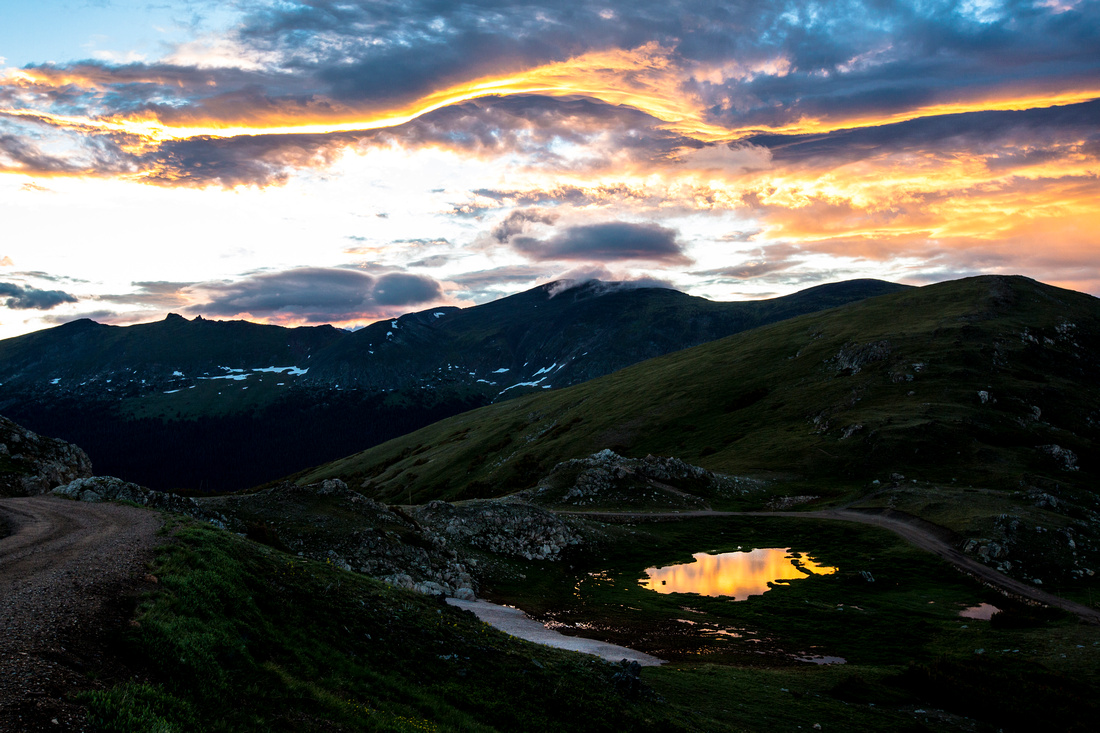 From there we walked the 1.5 mile social trail through the woods until we got to the Chapin pass trail and the start of the official trail to the summits. 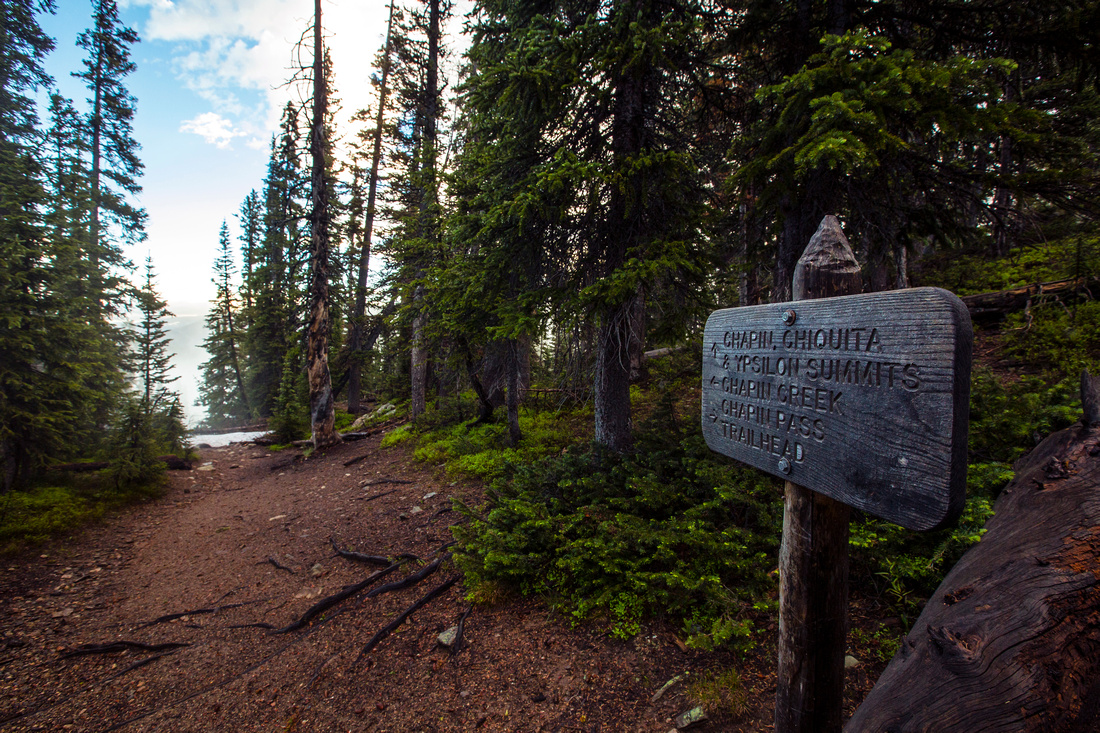 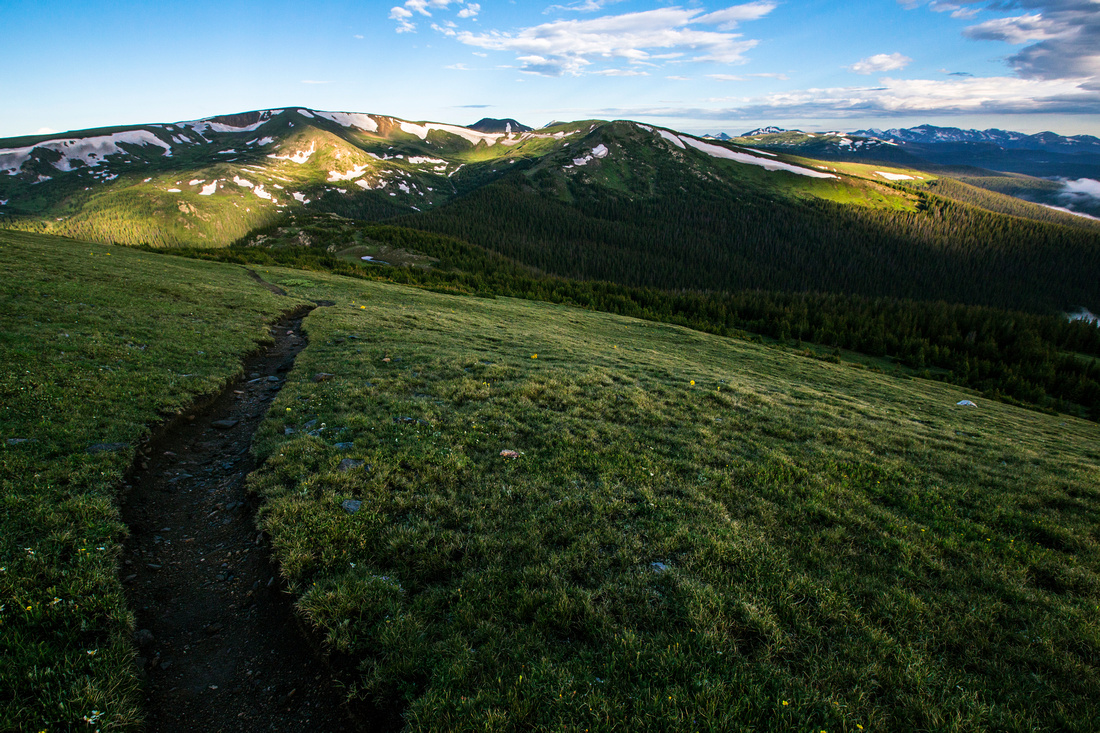 Early Morning on the CCY Trail

Trail along the base of Chapin 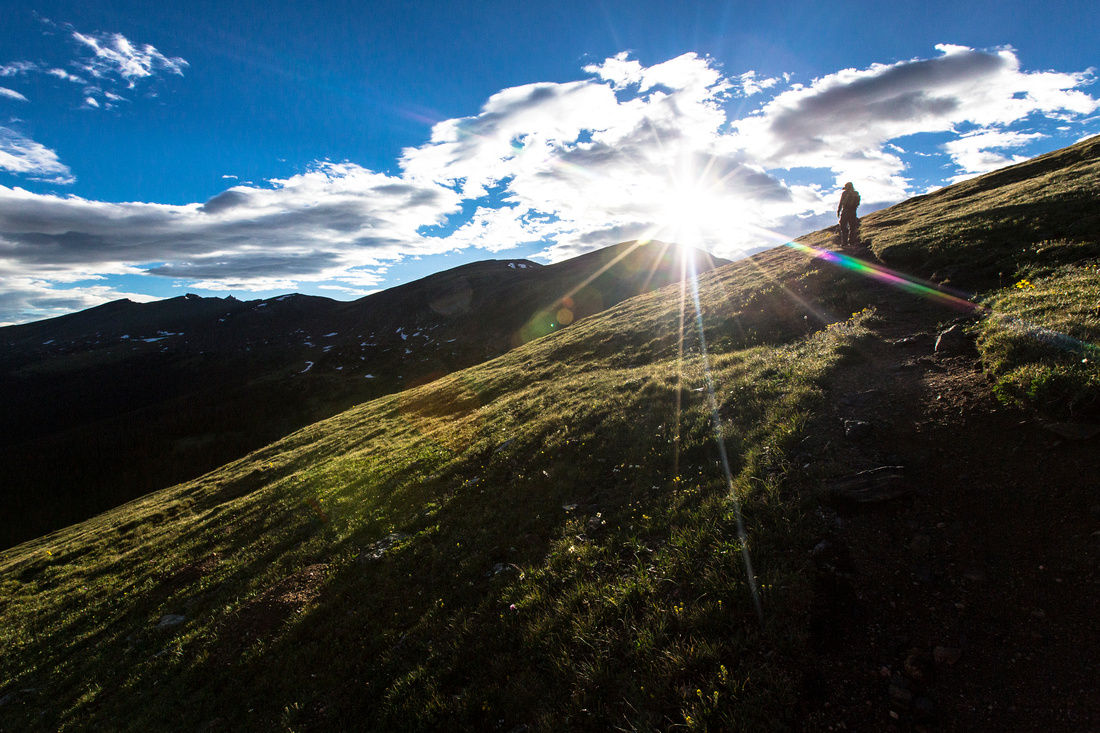 First Light on the CCY Trail

First direct sunlight of the day

The plan for the day was to hit the summits of Chiquita and Ypsilon first and if time/weather allowed to then hit Chapin on the way down. 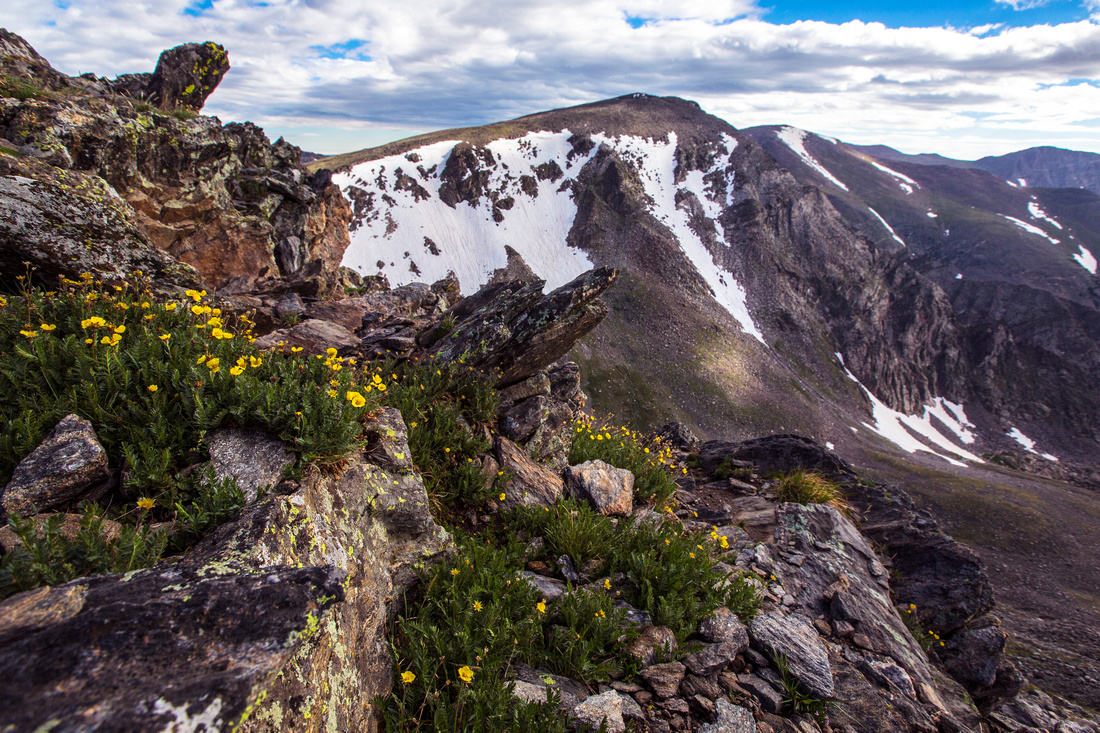 Avens on Chiquita and Ypsilon

Chiquita Summit with Ypsilon in the Distance 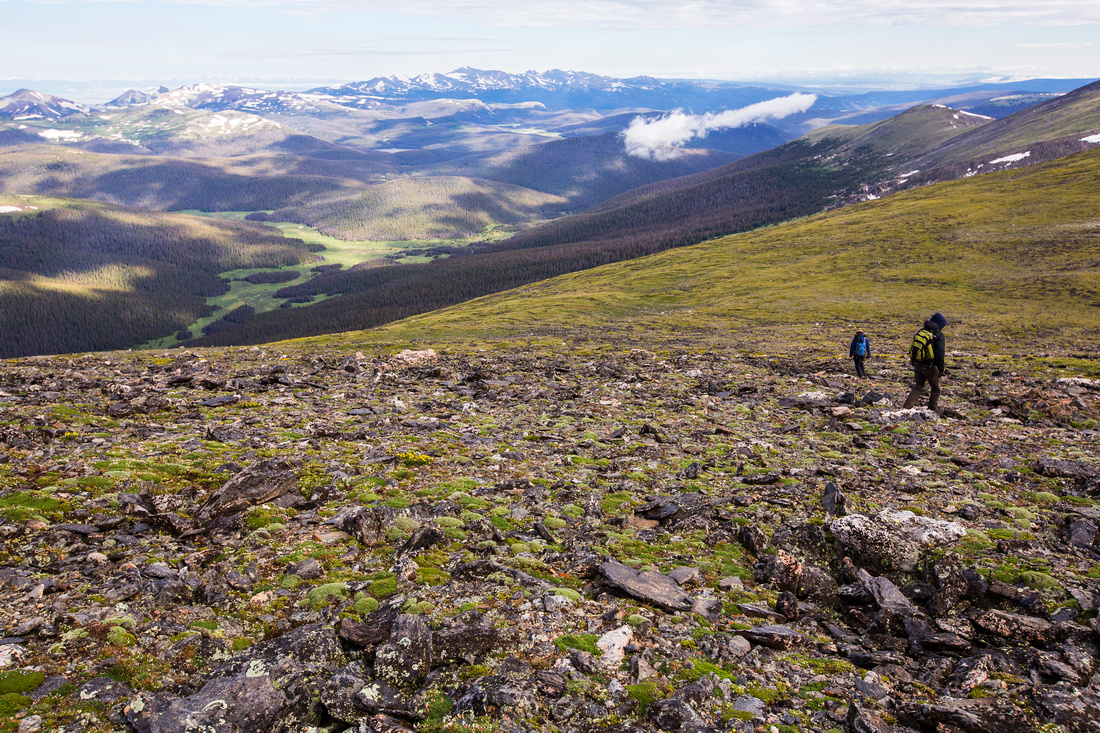 Hiking the Ridge to Ypsilon 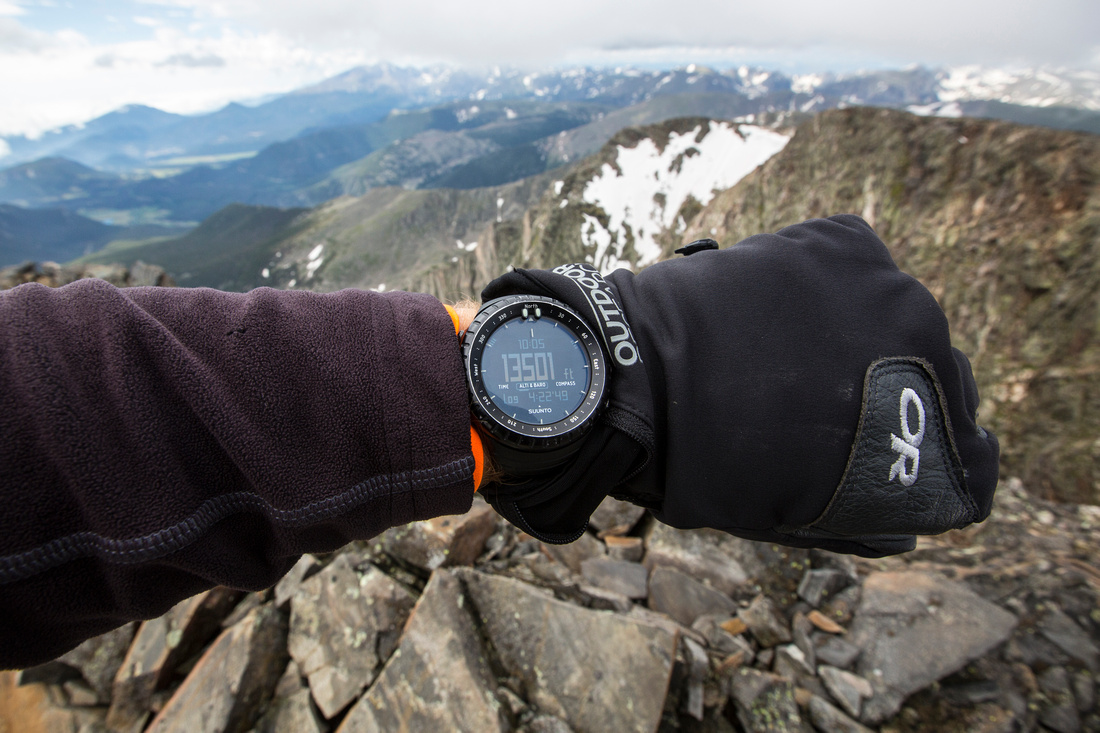 We had been hiking all day and had not seen a single soul. As my hiking buddies were eating I headed over to the ridge to scope out the views and I started to hear voices from below the ridge. I thought I was going crazy at first but then two dudes popped up on the ridge in front of me and I was able to grab an "in the moment" shot of them. Apparently they had hiked up from Lawn Lake trailhead which is a silly-long hike. 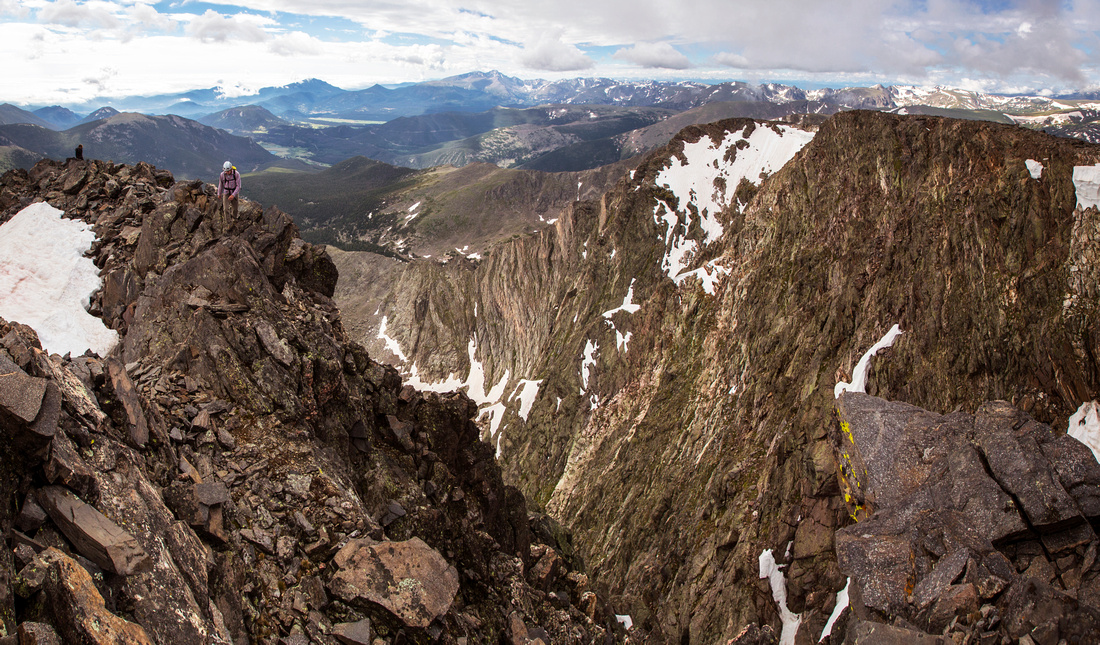 Our friendly neighbors on Ypsilon ridge 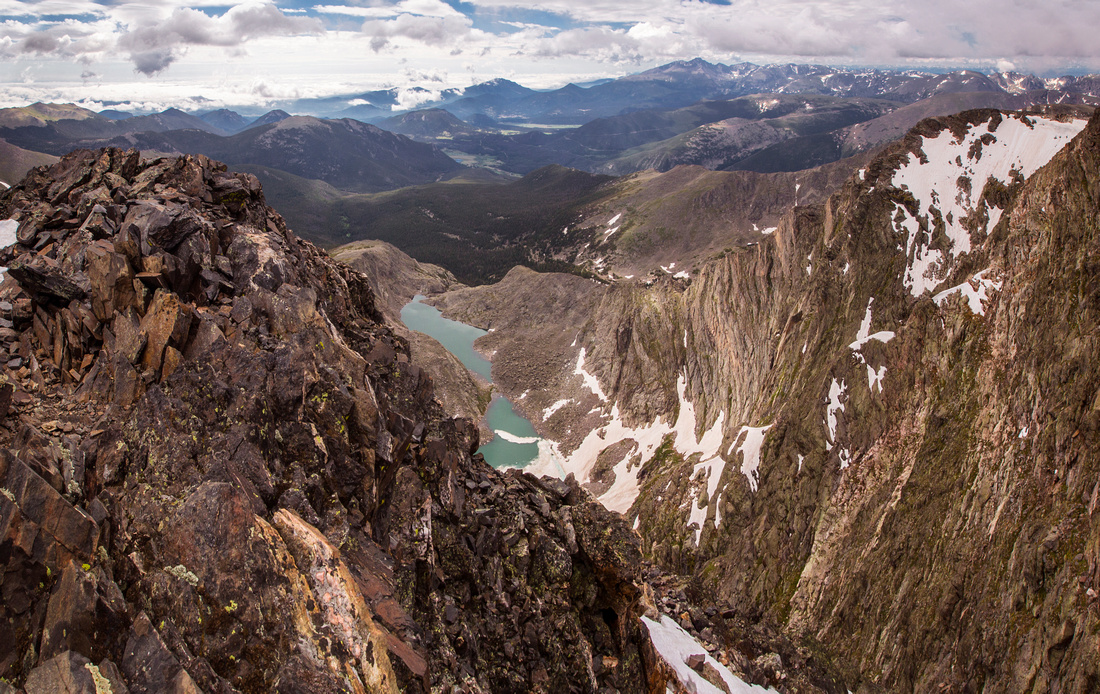 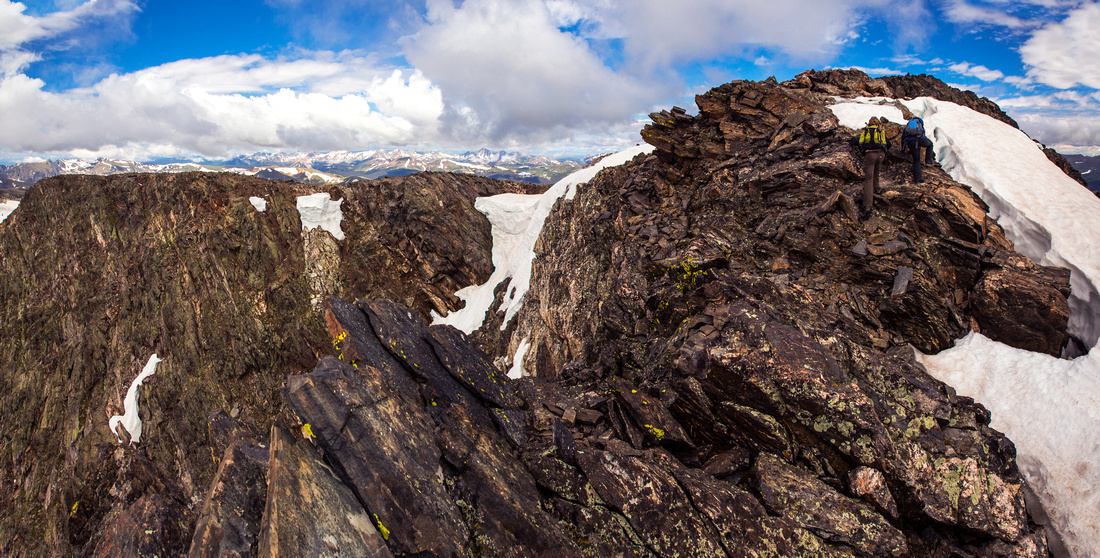 Time to head back from Ypsilon riidge

As we started our descent the afternoon clouds started to roll in on us so we headed straight for tree line but I was able to grab a couple of shots on the way down. 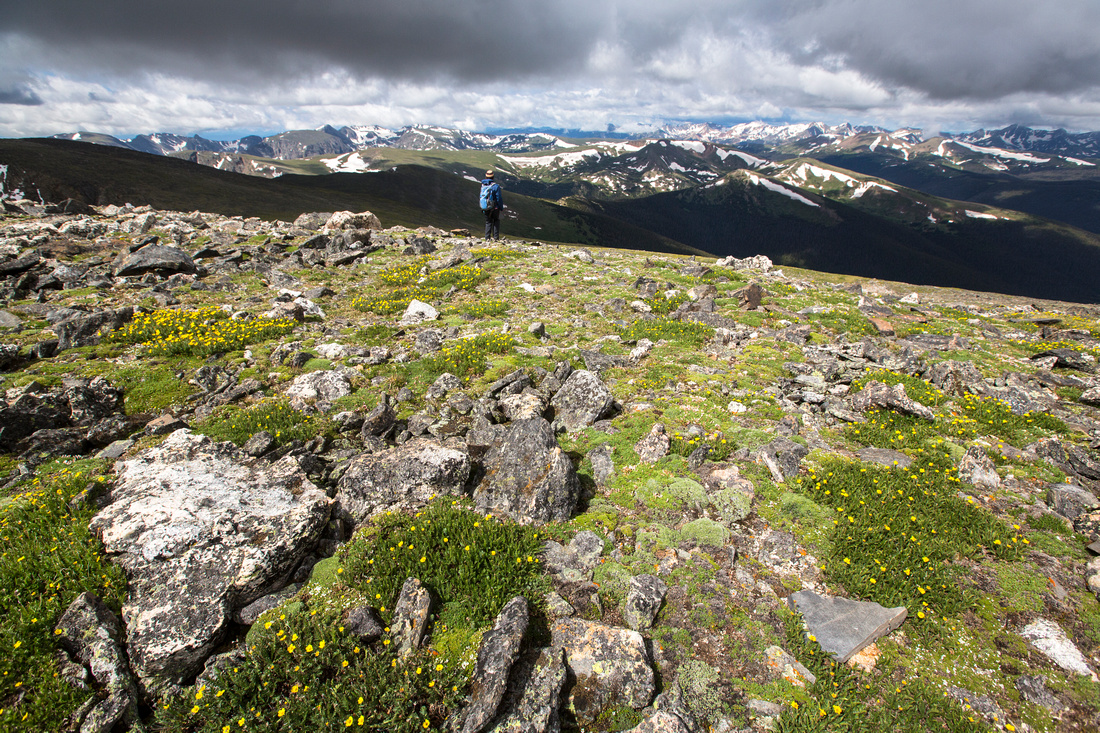 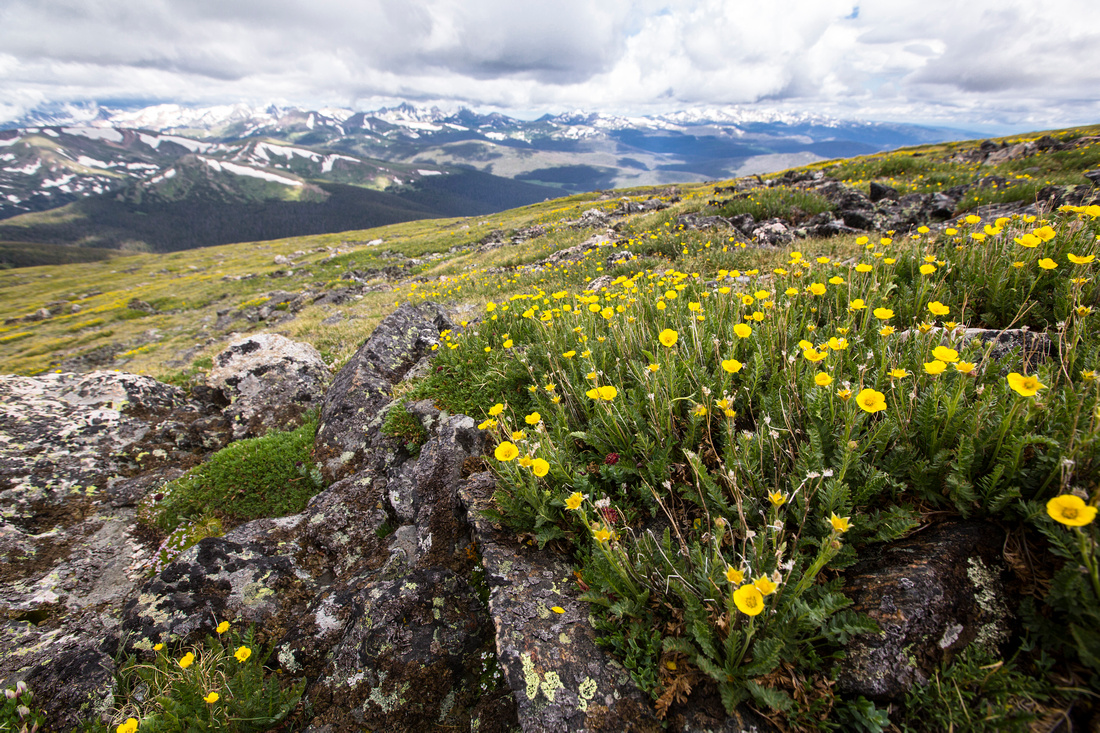 Ross Avens and the Never Summer range in the distance 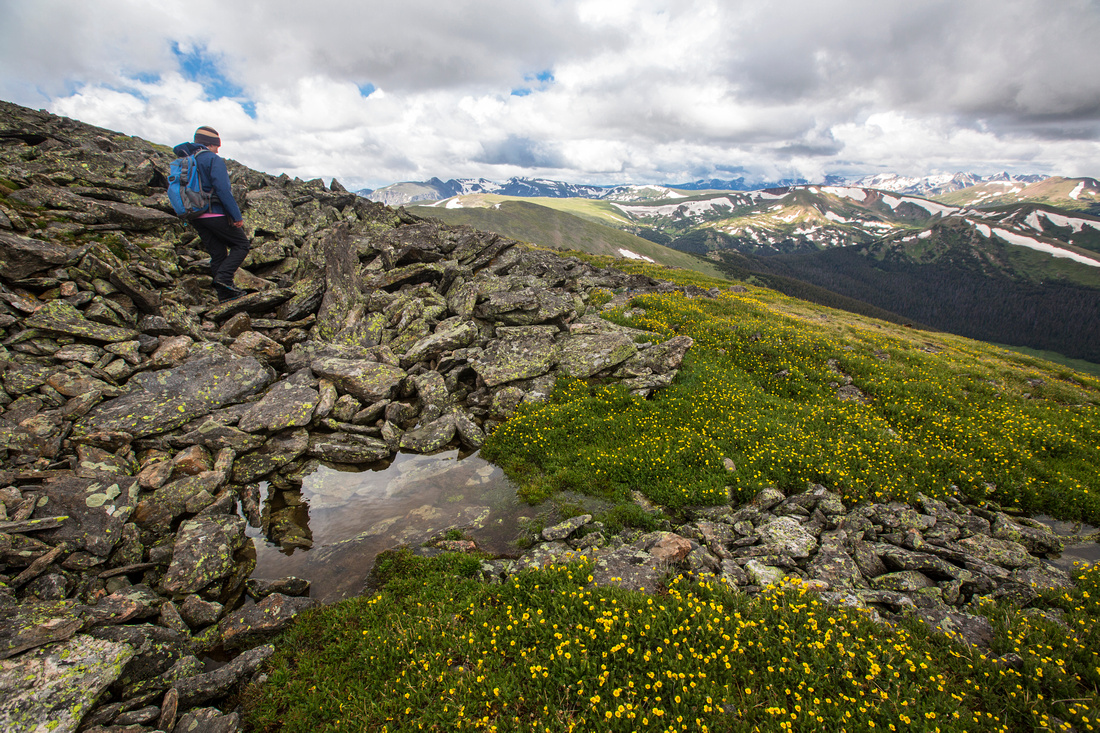 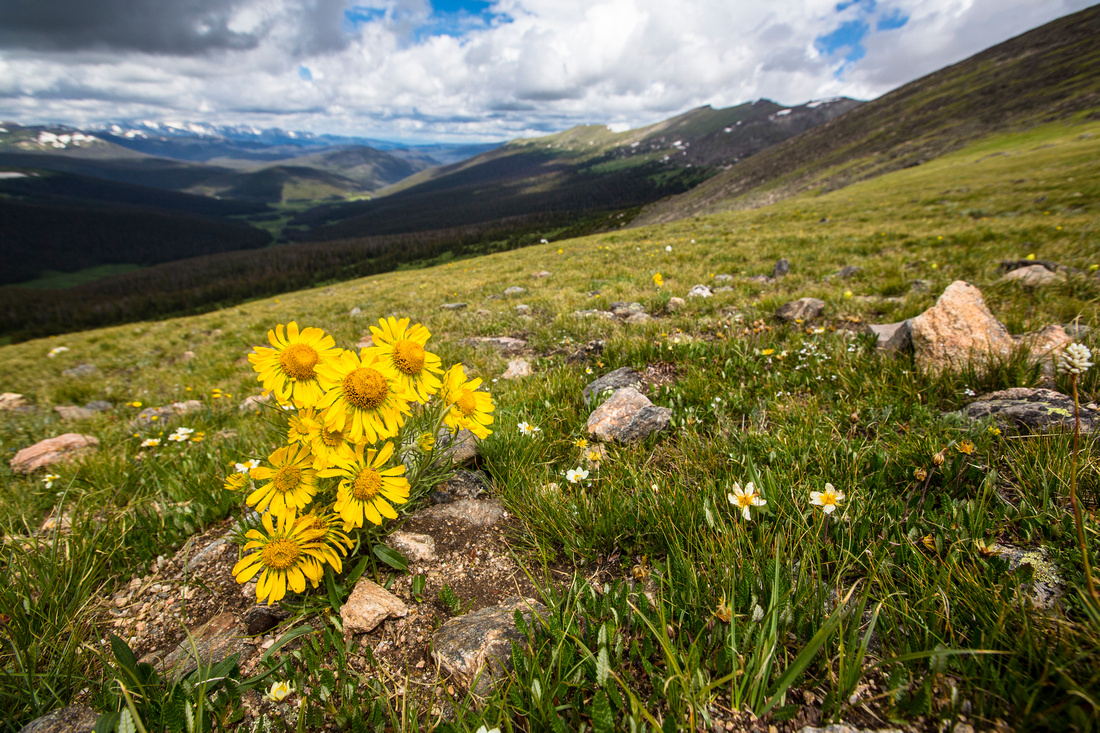 Old Man of the Mountain

Old Man on the Mountain

We eventually made it back to treeline and eventually the road for the last 1.5 miles. This really sucked because after you just did this bomber hike you now have to climb another ~800ft to get back to the visitor center. The weather continued to clear and then cloud until we reached the visitor center and then it started to rain. We planned it just right. We did around 10 miles with 4,200 ft of climbing in 7.5 hours. We were able to take in some great views, explore a new part of the park, and also summit my first and second 13K ft peaks. We made it back home just in time for the sky to open up and then we heard sirens racing into the park where we would later find out that a second person died of lightning in 2 days. That shit is no joke.

I highly recommend this hike if you get the chance, the only problem is that they will be closing the road to all traffic in the near future so they can begin construction to repair it. If nothing else, keep it on the list for future visits to the park once the road is open for business.