Hey Everyone! Just wanted to send out a last update because I am going to be fairly busy over the course of the next few months.  New on my end is that I received an Honorable Mention in the National Wilderness Photo Contest and one of my photos will be put on display in the Smithsonian starting early September. If you get the chance to go, check it out and let me know what you think. I hope to make the journey to DC to see it myself but you never know… I also had a photo featured in a CNN article about night skies (photo #2), and after the feature I was contact by another news agency looking to create a story featuring my photography. I will let you know when I hear more. On the job front, I just accepted a seasonal job at Rocky Mountain National Park and I will be moving there in May. If you are in the area be sure to hit me up and we can go for a hike and drink some beers.

In the mean time, I am going to go on a 4-6 week road trip to enjoy the spring out in the Southwest. Plans are very soft at the moment but I think I’m headed to New Mexico to visit Chaco, Carlsbad Caverns, and Bandalier. Then maybe head over to the Arizona to visit the Grand Canyon and some other parks there as well. I think the trip will cap off with a weeklong river trip through Cataract Canyon before heading back to CO to start work. I also hope to get on the Yampa this year, but I wont know about that trip for a couple weeks yet.

Onto the fun photo stuff… I just made it back from a trip to Moab where I was doing some contract video work in addition to some day hiking in Arches and an awesome backcountry trip in Canyonlands. In Arches I did a canyoneering route to the top of Park Avenue where I got some great views of the La Sals and found a churt quarry with lots of lithics. If that doesn’t make sense, it was a place where ancestral puebloans were making stone points and other tools. 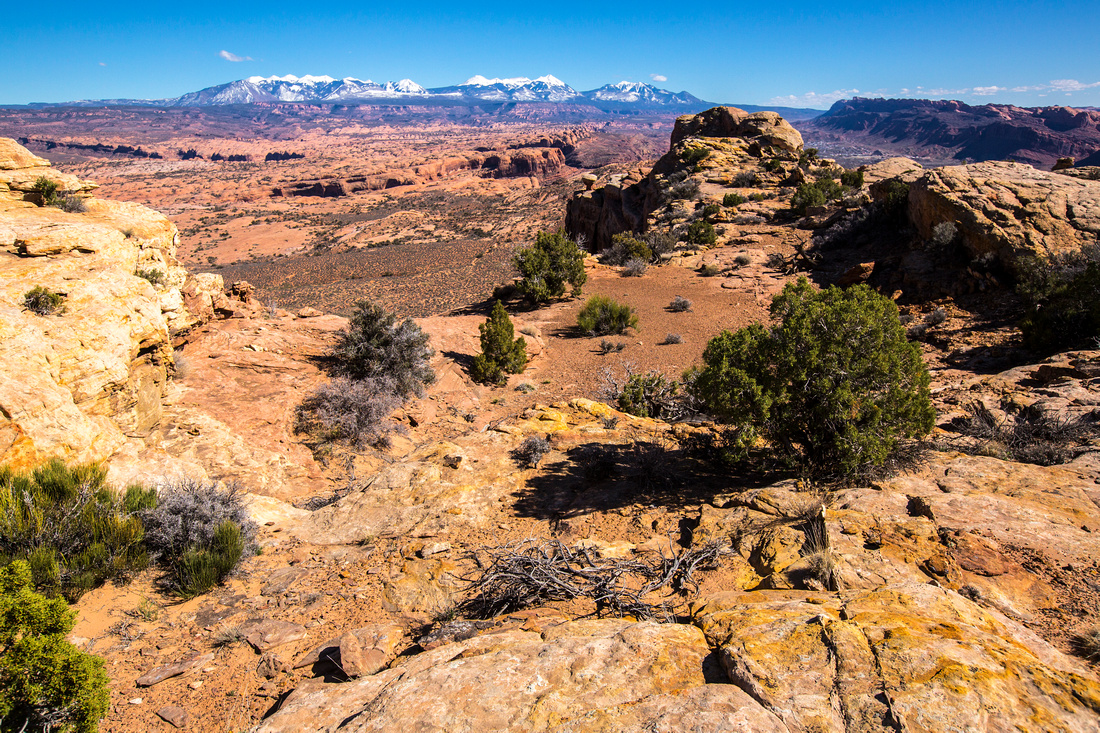 View Near the Stone Quarry 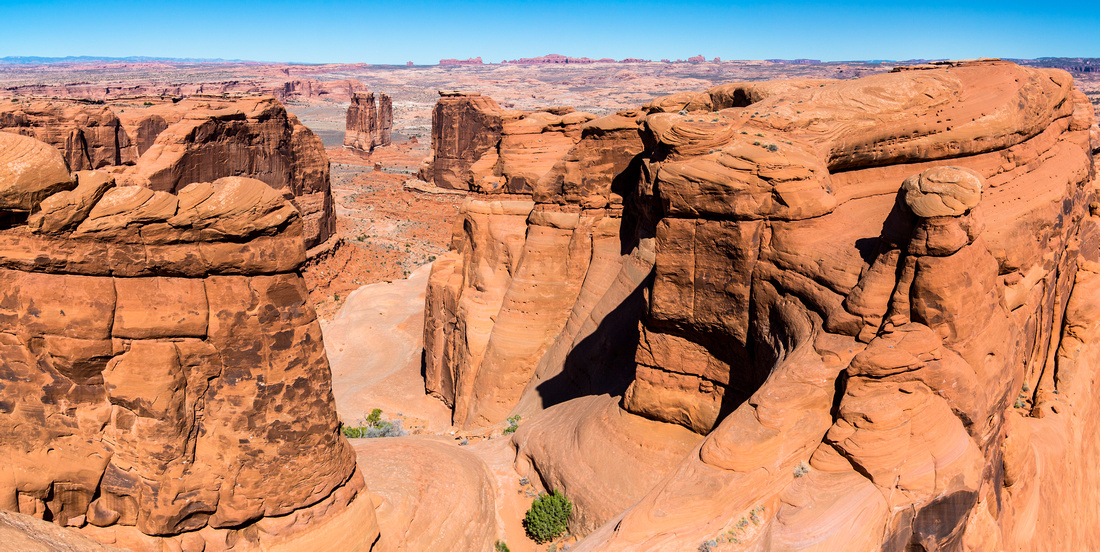 Looking down on Park Avenue

Looking Down on Park Avenue

Then I headed down to the Needles District where we would be starting our trip. We headed out over Elephant hill in my buddy’s 4x4 vehicle out to the Joint Trail just in time for the sunset and full moonrise. From there we hiked up Chesler Wash under the full moon where we camped out in the wash. The next morning we woke up and scouted a route up a Chesler Wash tributary that would hopefully take us into Butler Wash. As we made our way up the canyon we were making good time until we found a difficult obstacle to climb with our overnight packs on. My buddy had a climbing rope on him so we decided to scramble up the feature and pull our packs up via the rope. Once we made it over that obstacle we were greeted with a spectacular view of Chesler Wash.

Pulling our Bags Up

View from the top of the Canyon Pass

As we continued up Butler Wash we found some cool stuff along the way including some deer antlers and a fossil. 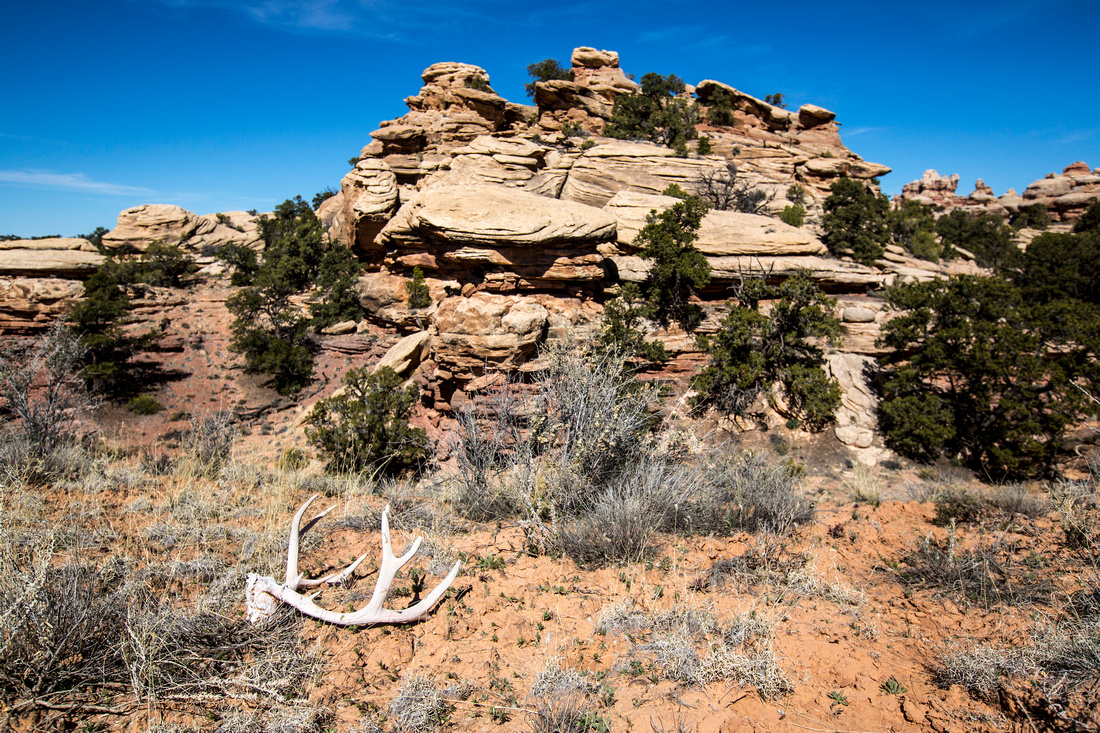 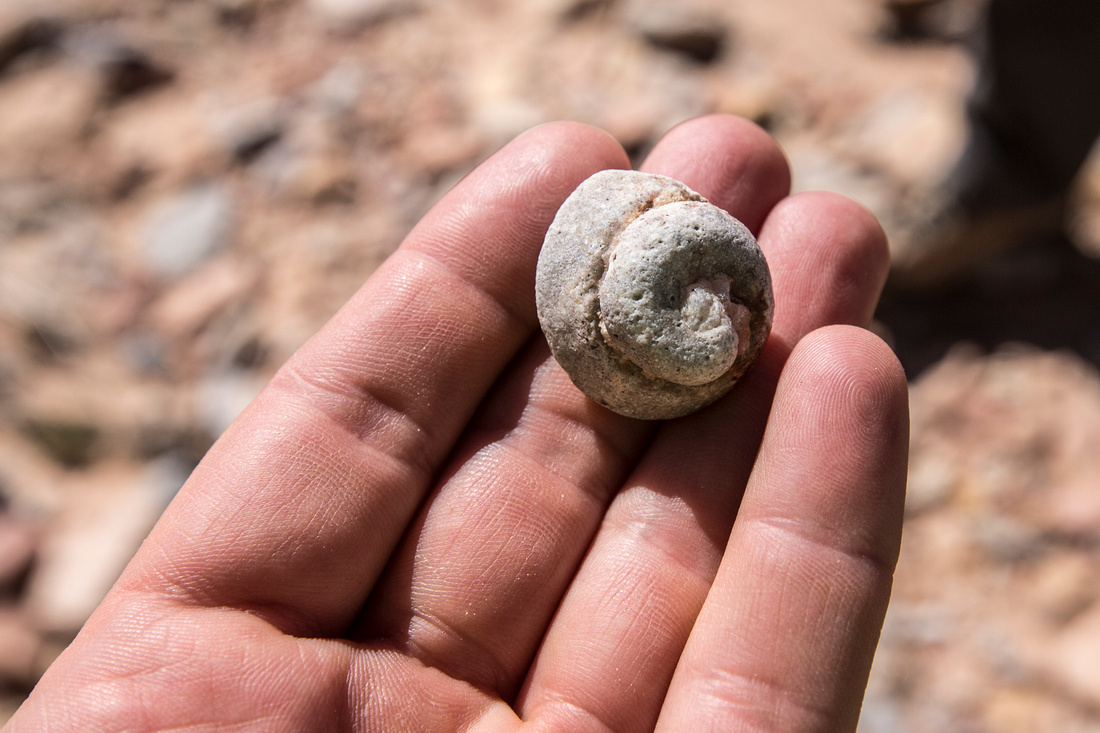 If any of you have ever hiked in the desert you know how important and difficult it is to find water. A friend of ours had told us a general area where he found water once in the past so that was our immediate goal. We were told that we would see a petroglyph panel and that water would be in drainage near the panel. So as we got to the area where we were supposed to find the panel I ran out of water, and we only had a few liters between the 3 of us. So if we weren’t able to find water, we would have to turn around and bail on the trip. So you can imagine the joy we felt when we saw this in the distance. 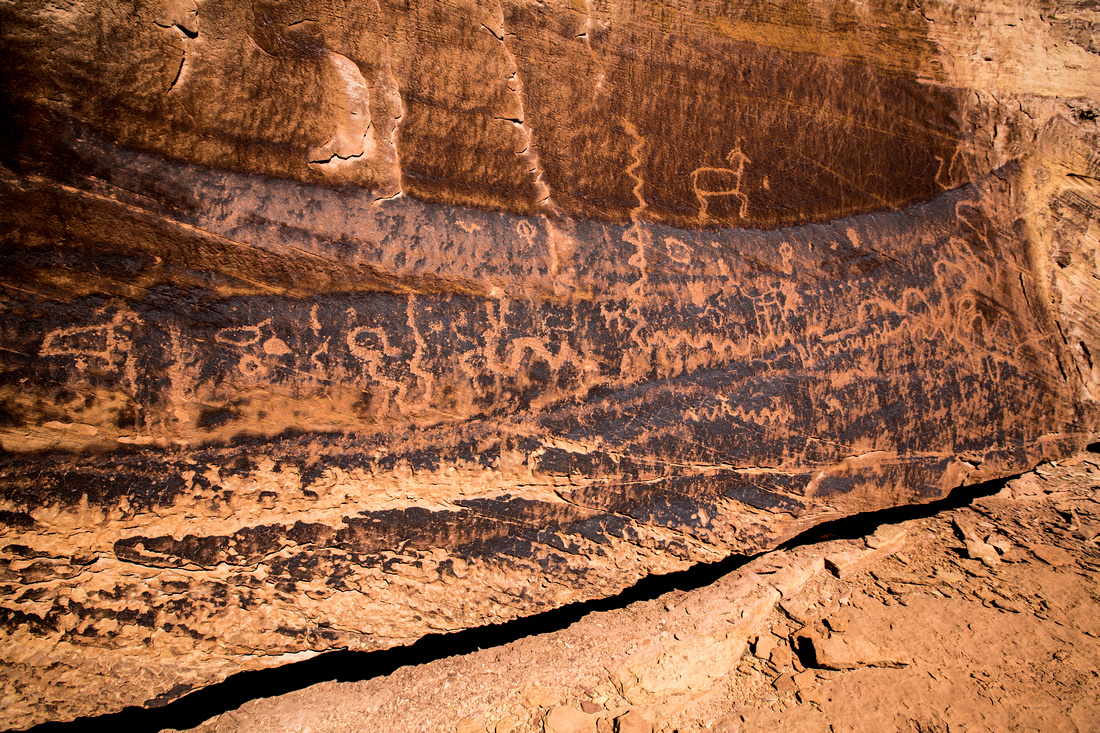 In addition to the panel, we also found potsherds, hand pictographs, lithics, and WATER!! Finding a good source of water in the desert is always a reason for celebration. Now that we were good to push on, we headed into Starvation Pocket where we would find some elk and mountain lion tracks. We then setup camp just in time to enjoy a nice sunset and moonrise. 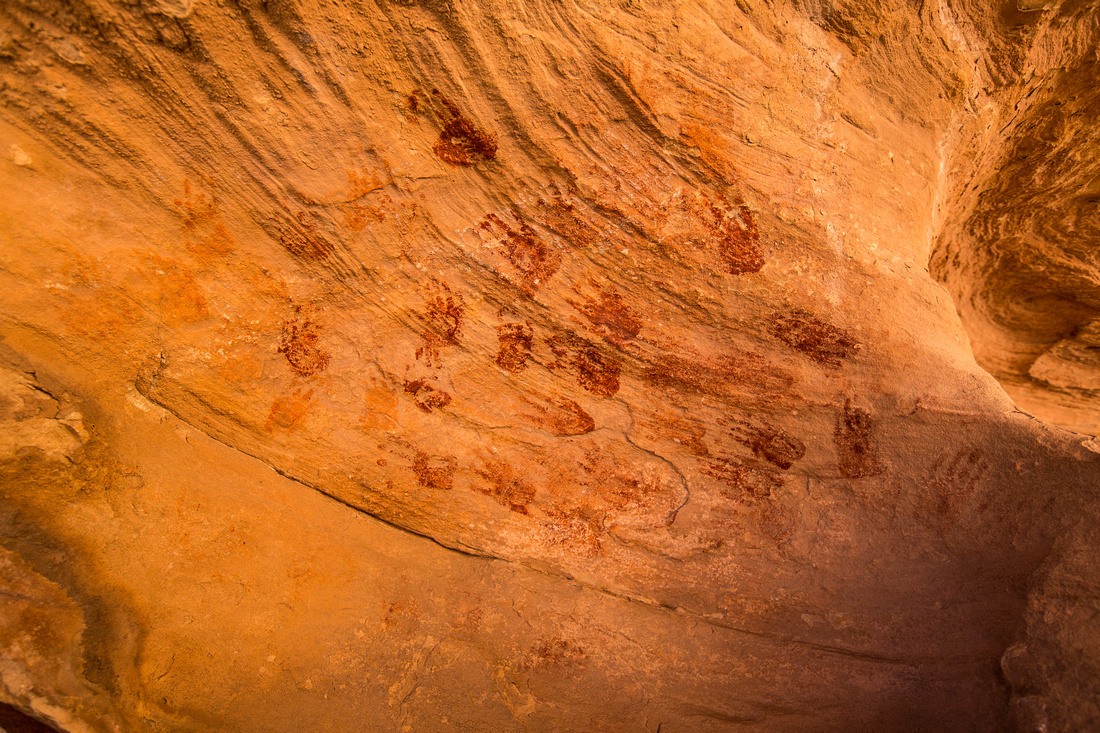 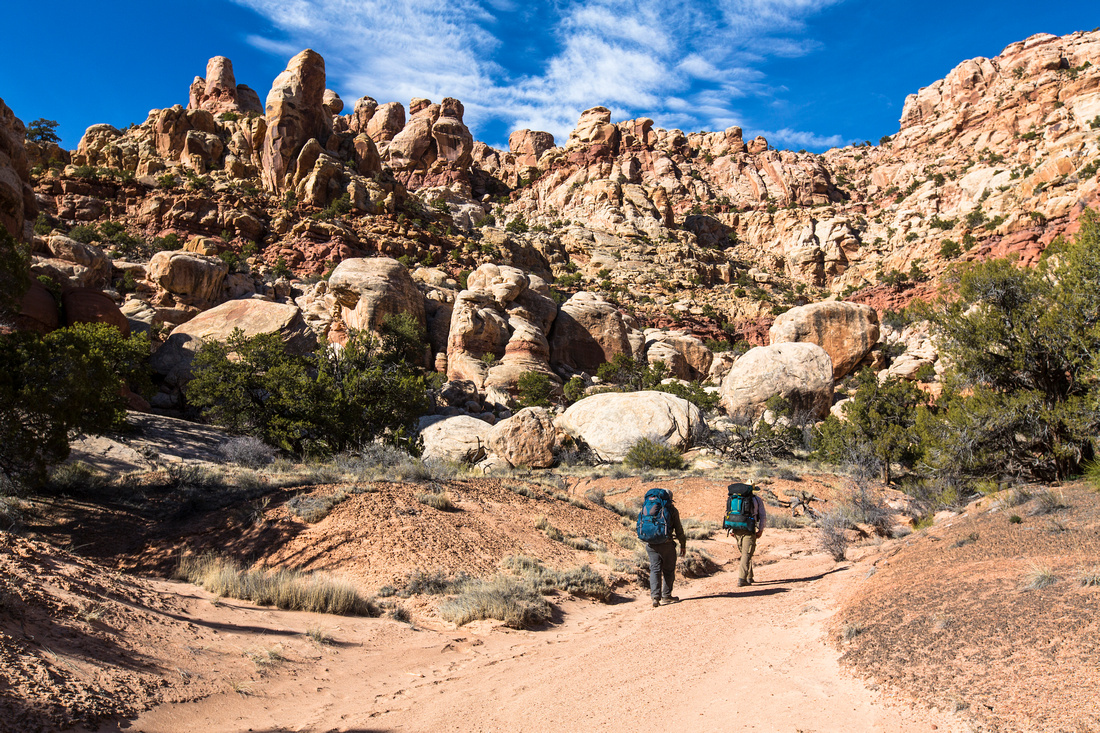 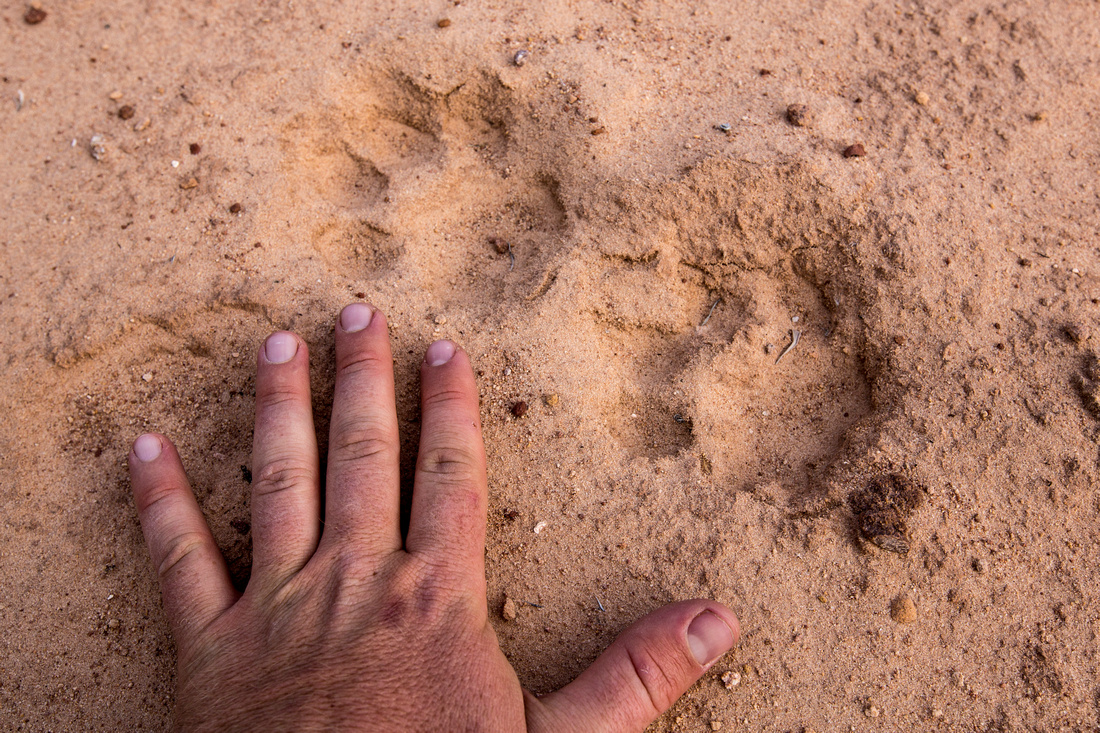 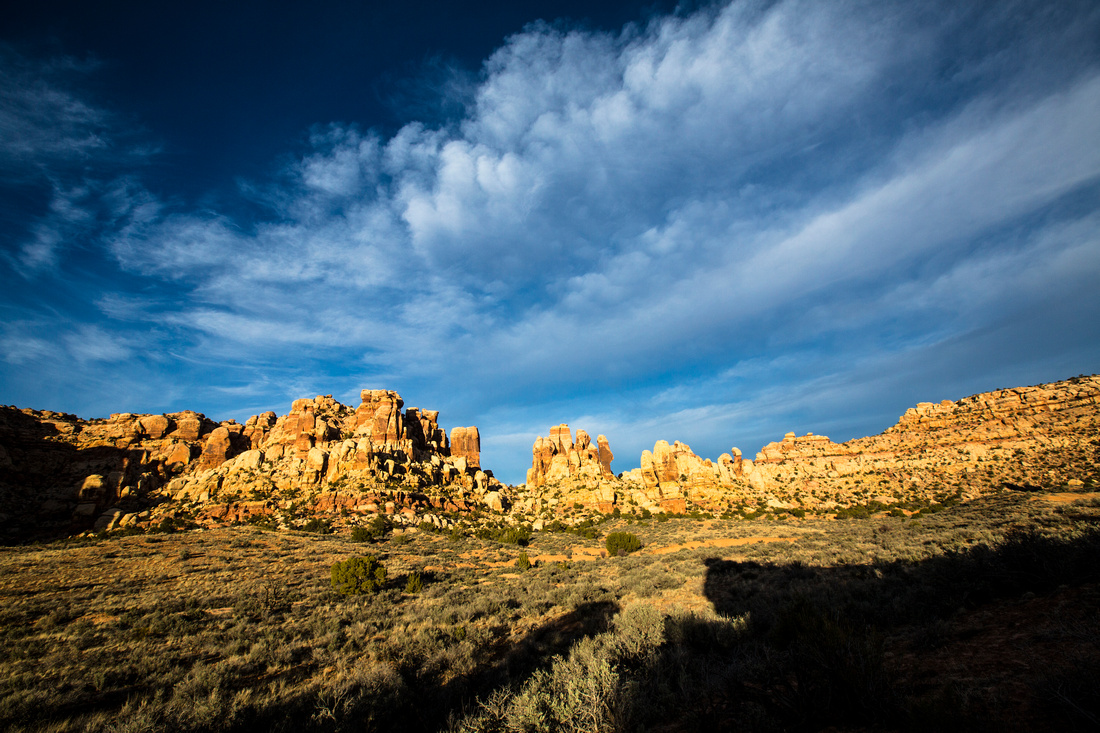 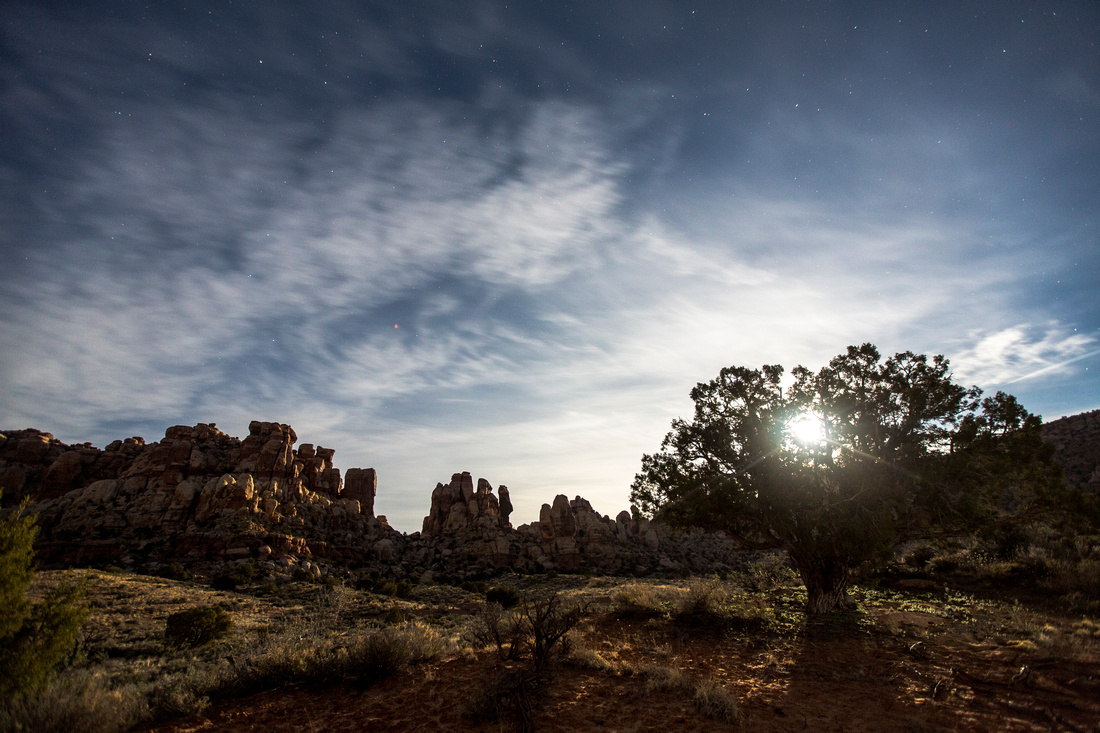 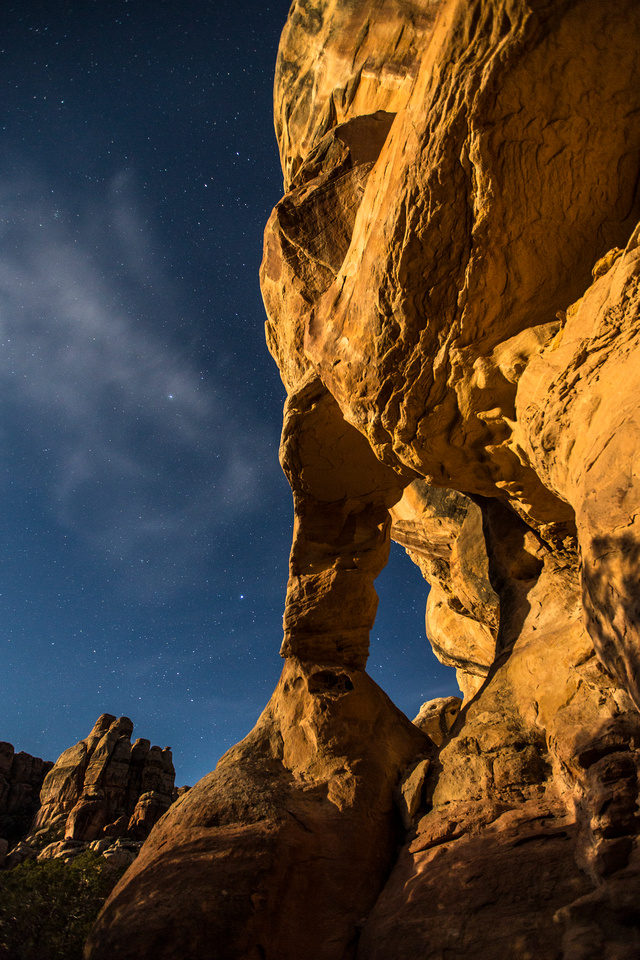 Arch lit by the Full Moon

The last day we decided to take a different route to avoid having to down climb the feature the day before. We made it up butler wash very easily but had a difficult time finding a way down into Chesler Wash. Our route kept getting cliffed or pinched out so we just kept probing until we found a way through where we were greeted with another great view of Chesler Wash.

Eventually we made our way back to the wash and then the car. We started our drive back home and decided to take a side trip to the confluence overlook, which is the confluence of the Green and Colorado Rivers. This is the also the river that we hope to float later in April. So all in all is was a blast of a trip. Utah in March is pretty amazing and I am looking forward to getting back here next month. 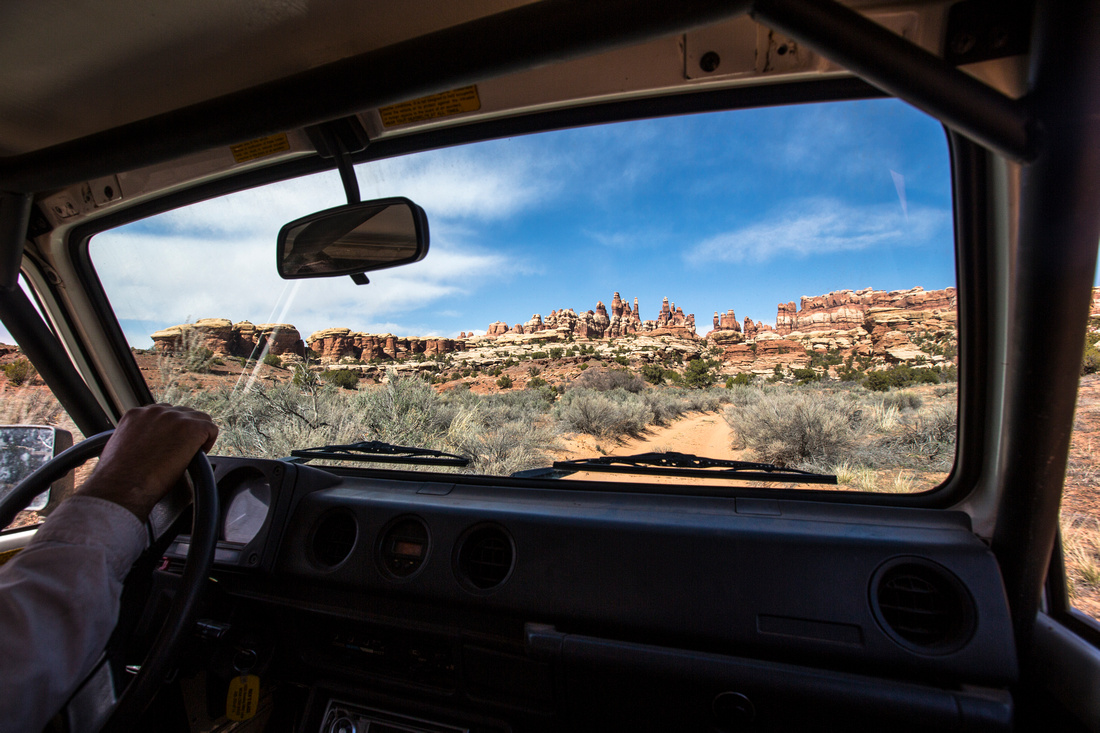 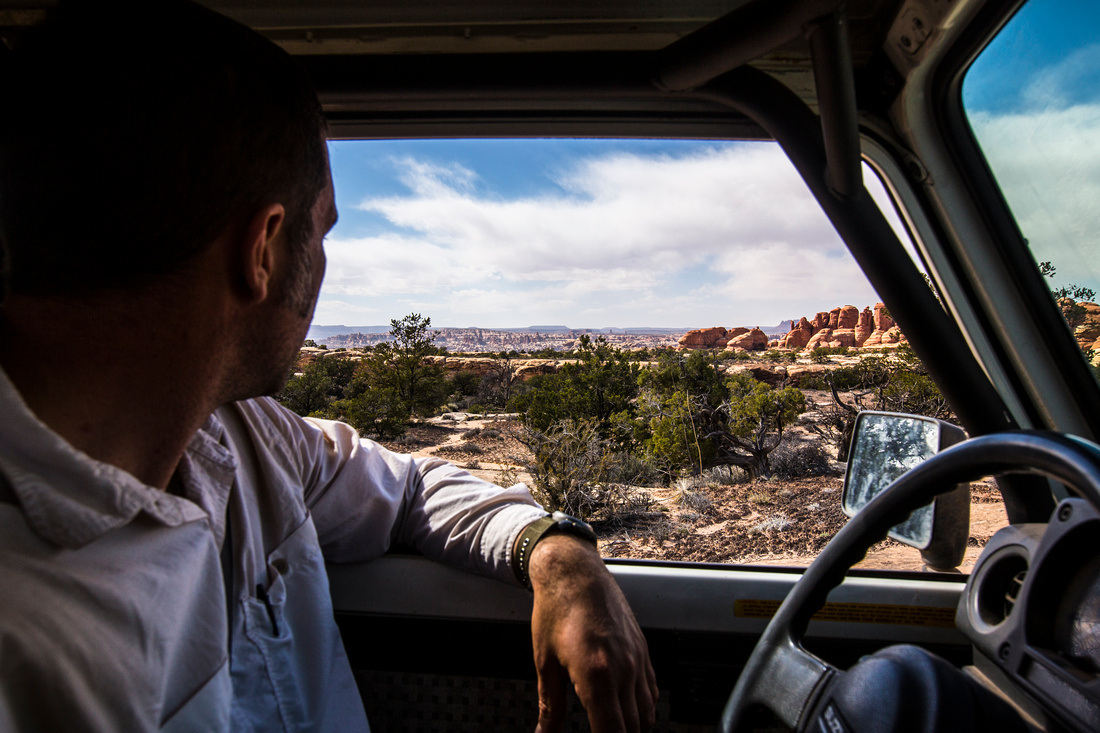 Taking in the View of the Dollhouse

The Heart of Canyonlands

The Heart of Canyonlands - The Green and the Red (Colorado) Rivers

I hope everyone is doing well and make sure to keep in touch. Talk to you all later!

Alejandra cornelius(non-registered)
Gorgeous photos. We will be in Co doing Greys and Torreys and exploring rocky mountain natl Park in July! Maybe we will run into you.
Jean Lachance(non-registered)
Great pictures as usual. I was in Chestler Park in last January just the day before we met under South Window during sunset. At that time, as you remember, there was a lot of snow but we enjoyed very much this amazing place. March is a better time, but the snow added a special little thing. Keep them coming!!!
Bill Hellams(non-registered)
Absolutely beautiful shots Mark. The "Arch lit by the Full Moon" is my favorite. You, sir, have such great talent. I was looking around because I am going to be up at Arches in the first part of May with my video camera. I can only hope to come close to capturing the images that you have.
Deborah Marple
Stunning photos...The arch looks like an elephant! Love them all.
No comments posted.
Loading...
Subscribe
RSS
Archive
January February March April May June July August September October November December
© Jacob W. Frank
User Agreement
Cancel
Continue