I hope that everyone is doing well, other than the fact that some of you receiving this email are not currently employed because of the shutdown. The last time I sent out an update was about 3 months ago so I figured it was time for another update. I have been running around like a madman these past 3 months with various work projects and NPS volunteer trips. I’ll go ahead and start of from the last update.

I went on my first backpacking trip to Rocky Mountain National park and had a great time. In the 4 days that we were there I saw over 80 species of wildflowers, lots of wildlife, and hiked to over 11K feet above sea level, which is the highest I have ever been. The weather was mostly nice, other than the hail one of the days. Overall it was a great trip, although I didn’t have my full-frame camera because it was in the mail. So I really had to focus on more of the smaller, more detailed stuff for photos. You can check them out here.

After that trip I went to SLC for the outdoor retailer conference show. It’s a show that happens twice a year, and is the place where all the outdoor companies unveil their new product lines and make business deals for the upcoming year. We go as a non-profit to beg for free stuff, which we usually get, in some form or another. The days start early, and end late, and you walk about 25 miles in 3 days, just going from booth to booth. It was a great opportunity to meet some of the people who are in the industry and see all the new fancy gear. One of the nights we went to Park City for dinner and drinks with the Katadyn North America team because the President is on our board of directors. Hopefully I can get back there this winter for some skiing. On the way home, after a long weekend of wheelin’ and dealin’, we were in a car accident. A 17 year old kid failed to yield at the intersection and then we slammed into him. Our car was totaled, and everything was closed. There was the potential that we were going to have to stay in Spanish fork, 4 hrs from home, for 2 days until the car rental place opened. It turned out that the truck driver knew the owner, called him up, and he opened the business and got us all setup. Needless to say it was a long evening.

After the OR show, we did a weekend in Bryce Canyon and Cedar Breaks National Monument. It was the third time that I had been to Bryce, but the first time hiking in the canyon due to bad weather in previous trips. We also hiked the north part of the park where the waterfalls are. It was fun to finally get into the resource in that park and get off the road. We saw lots of deer, pronghorn, as well as lots of beautiful views. After a couple nights in Bryce we headed to Cedar breaks for the day. Its close to 10K feet above sea level so the weather was great, even though it was a little hot in Bryce during the day. There we did some shot hikes out to the Bristlecone pine trees as well as seeing a marmot. I was really surprised to find that a marmot could be in a desert. Photos from Bryce and Cedar Breaks.

Next our fall crews were hired and we started training on the Escalante River Watershed Partnership. I could tell you all about it, but I produced a 6 minute video about the project so you can just check the video out.

After that I had accrued a healthy amount of comp time so I arranged for a long “working” vacation. I was to head to Arches, Dinosaur, and Capitol Reef to do some photography work for the parks. In Arches we hiked in Courthouse wash and Fiery Furnace during the day. In courthouse we came across some quicksand and Neal got stuck in it waste deep. It was pretty damned funny except the fact that his phone took a dump because it was in his pocket. In the furnace, a friend and I helped Neal get the final shots he needed to finish up a video he has been working on for the park. Then at night we headed out to the windows to do some night photography. All in all it was another great trip in a cool park, plus some fun hiking and shooting with some good friends. Photos from Arches. 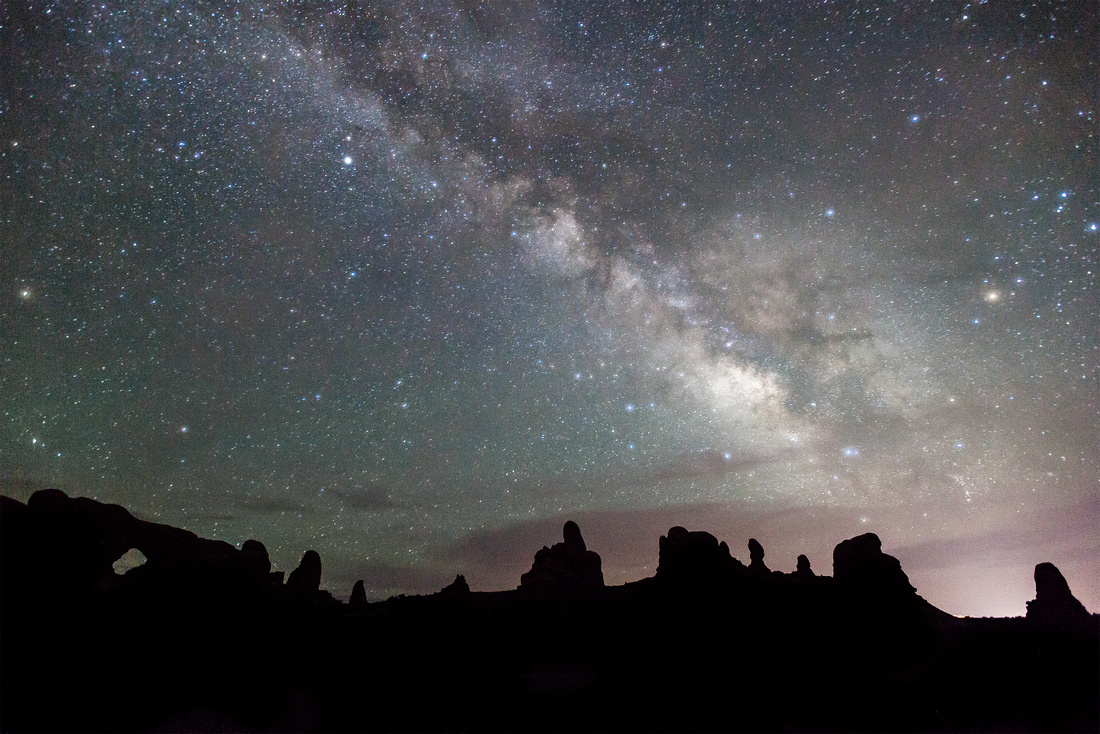 After Arches I headed up to Dinosaur National Monument. The Chief checked me in and then took me out for a personal tour. We toured around the park and did some hiking. We saw some great canyon views as wells as rock art and wildlife. Then the next four days were spent on the Green river through the Gates of Lodore. What an awesome trip. I had a blast with my river ranger, Rob, who took great care to show me the ropes of the canyon. We did some great hiking, saw lots of wildlife including 2 fishers, which is a new mammal for me, as well as lots of stunning views. We even got to hang out with some great people who were on private trips. I was invited to go on a Yampa trip next summer, so hopefully if I am in the area, I will be back. Photos from Dinosaur. 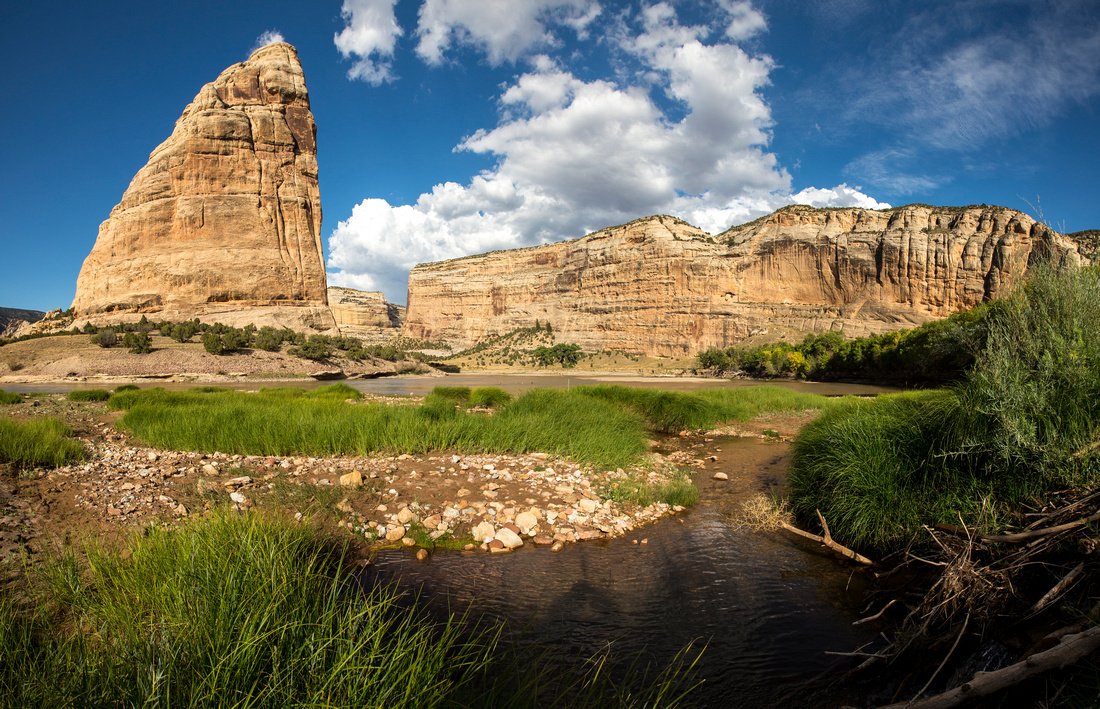 Capitol Reef was next on the list and we mostly did the lazy visitor thing. We hiked in the mornings before it got too hot, and then too naps and picked apples and pears from the orchard when it was hot. I got some great night shots while I was there in addition to seeing the “tanks” for the first time. Capitol reef is such a cool park, but a lot of the coolest part is only easily accessible if you have a 4x4 vehicle. 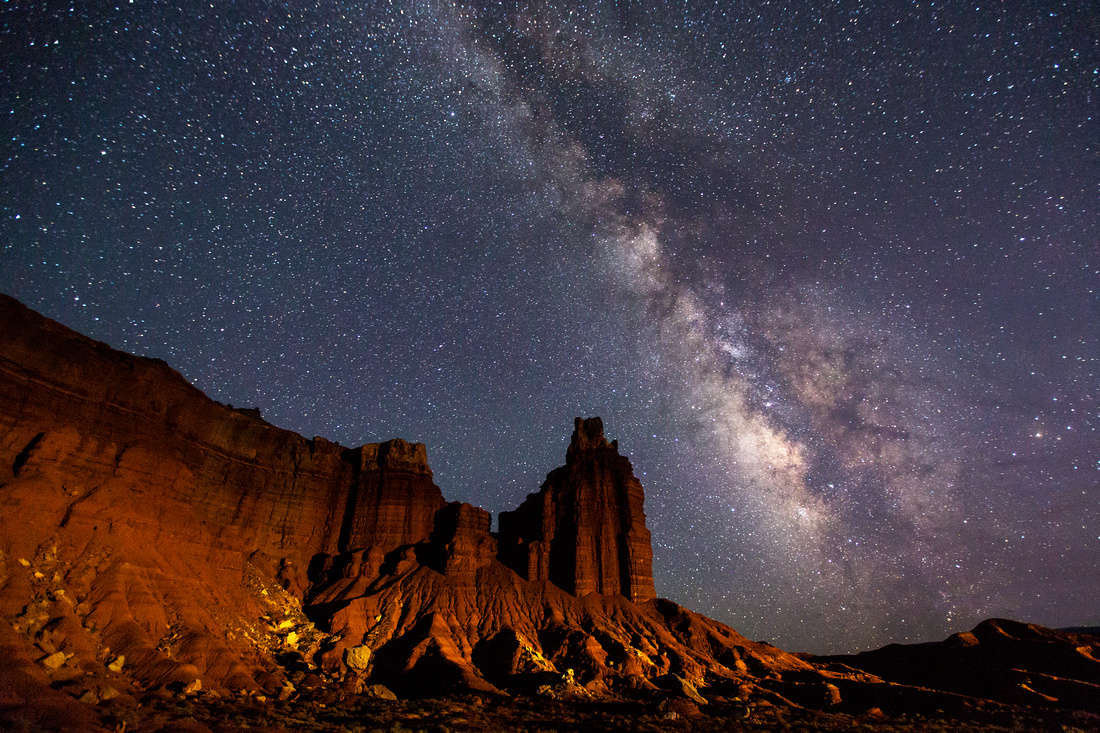 After that, I had a couple days at work before getting ready to head to Tucson for a wedding at the Omni resort. On the way we stopped at Petrified Forest and Saguaro National Parks. I was surprised to learn about petrified wood and how it forms, as well as the conditions of the earth when it formed. The more and more parks that I visit in the Colorado Plateau, the more I am starting to understand the amazing geology of this place. Although I liked PEFO, I have to say that Saguaro really blew me away. In the harshest of the 4 deserts in North America, it also has the most biodiversity. It is an amazing place full of highly adapted plants and animals. I saw my first Gila woodpecker, Cactus Wren, and had a pack of Coyotes howl at the moon right next to our tent. Then we spent 2 nights at the omni resort which was a nice “actual” vacation. Comfortable beds, A/C, and swimming in the pool made for a relaxing time. Photos from PEFO and Saguaro. 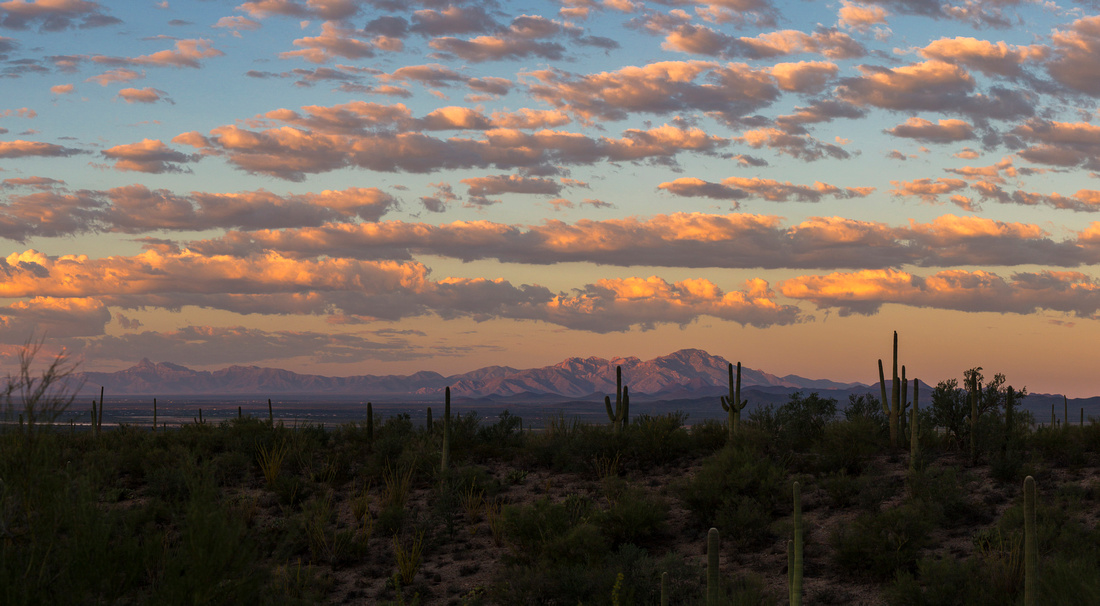 After the wedding we stopped in Casa Grande National Monument on the way to Page, AZ where we planned to go to Upper Antelope Canyon for the day. Now I had mixed feelings about the trip. It was one of the coolest slot canyons that I have ever seen, but there were about 350 people in there with us. It was like being in line at an amusement park. But with some clever compositions, I was able to get some decent photos to prove that I had been in there. Photos from Antelope Canyon. 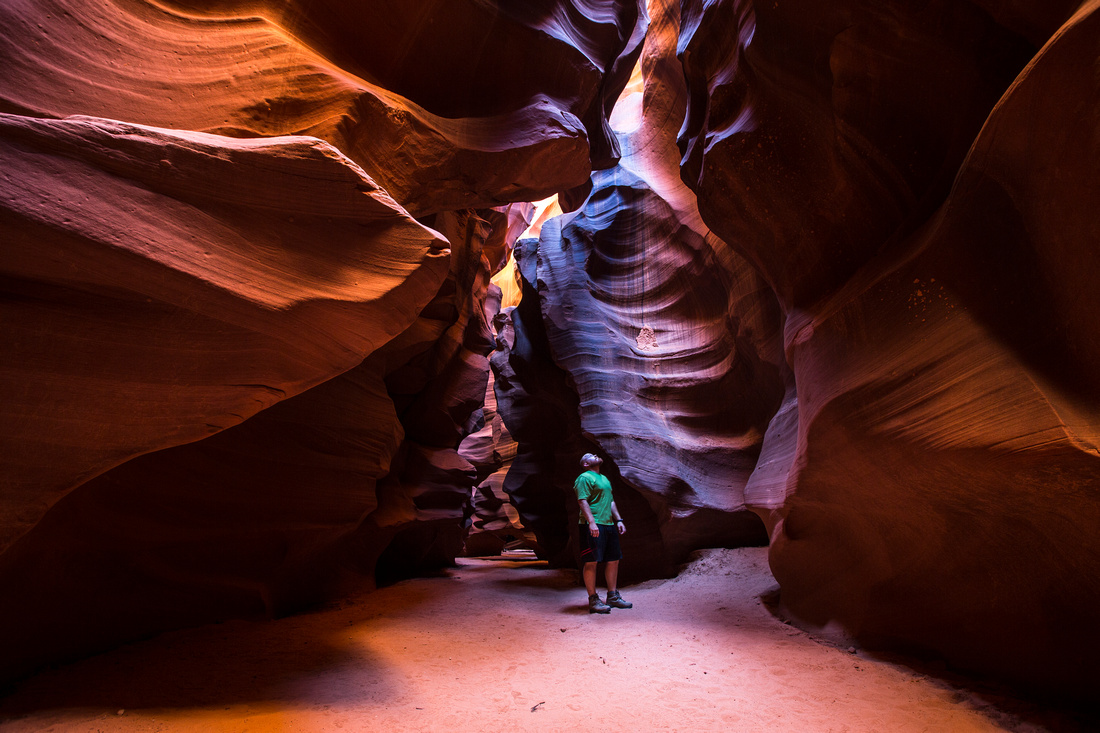 Since I have to drive right through Capitol reef to get home, I invited a friend to meet me for a long weekend in the park. We went out Saturday-Monday and then drove home this morning. We got up every morning in the dark, watched the sunrise on the waterpocket fold, then hiked, and then drank beers as we watched and photographed the sunset. The last day that we were there we tried to hike to a backcountry arch that requires rock climbing and swimming through a pothole to get there. Well, we made it to the pothole, and I tried to hike around it to no avail. Then I just decided that I didn’t care if I got to the arch, but that this was the destination, A 25 yard long swimming in the middle of the high desert. After jumping in and then drying off we hiked out and drove back to Fruita where we stayed with Lori Rome for the evening. We got there just in time to find out that the government had been shutdown. I had plans this weekend to go to Zion NP as a photographer, but since the parks are closed, I think I am going to hang around here for the weekend and check stuff out locally. Photos from Capitol Reef.

I was also supposed to go on Westwater river trip with work that is now cancelled due to the shutdown. But at the end of the month I will be heading down to FL for a couple weddings and hopefully a fishing trip with some friends, although, that trip is supposed to be in Everglades. Hopefully congress gets their shit together by then…

Well, that’s what is going on in my neck of the woods. Hope all is well!